Dutch artist Unders chats to us about his latest release on Sol Selectas.

Hi Unders it’s nice to meet you, could you start by giving a brief description of your music style, as personally I feel it’s quite distinctive?

Hello, Thanks for taking the time for this. Explaining my music style has always been quite a difficult question, as I enjoy a very broad pallete of genres. My music is definitely a collection of musical adventures. All of which have a level of music production which is original and to my ear, is well produced. I enjoy proper mix downs and surprises in arrangements, emotional content which makes my thoughts stop. It can be anywhere in between 90 and 128 BPM and my sets travel all over this tempo range.

I often delete music files on my hard drive with the aim of only keeping what I absolutely love, but this has become a much more challenging venture these last few years.

I first discovered you via Sabo’s label Sol Selectas, but have also kept track of your releases on your own Happy Camper Records. How’s your new label going?

Happy Camper is going amazing and a fun ride of discovery. I’m learning and building a family which is merely the start of the amazing plans that are unfolding. We have upcoming showcases at Art Basel in Miami on December 6th, Katerblau in Berlin on March 3rd, then Tulum at the end of April, Amsterdam on July 7th, and a few more of our favourite spots in the works.

Also getting more of our favourite artists on board for remixes plus original content, and we’re releasing an album from our label partner Noraj Cue at the begin of 2019… he is our secret weapon!

You still have a very strong relationship with Sol Selectas, and your next release with them is a remix of ‘90s rock back Morphine. What made you decide to do the remix, as I understand it started out as a bootleg?

It is in fact a bootleg that took on a life of its own… with hundreds of warp markers, extra basslines, hats, drums, kick, and quite some rearranging it became the full remix.

I heard the original at an afterparty where a friend put it on and instantly was hooked on the band. I knew the Morphine sound but never heard it so open hearted, and went straight home to make the edit. I started it four years ago then didn’t touch it for 3 years till Britta Arnold played it at a gig and the place went mad… really mad! This is when I thought the draft I made in a couple of hours might deserve some extra attention.

Many people especially of a younger generation might not have heard of Morphine before your remix, but in the ‘90s they were of course very successful. For those who don’t know anything about the band, could you give a bit of info into their background, as I understand they have a tragic backstory?

Morphine was a rock band from the early ‘90s formed by Mark Sandman, Dana Colley, and Jerome Deupree in 1989. They are from Cambridge in Massachusetts and their music is a mix between blues, jazz and rock with a sort of minimal low-end undertone. Unfortunately the frontman Mark Sandman tragically died on stage from a heart attack at the end of the ‘90s. Now playing this Morphine remix and experiencing the reaction of the crowd has been remarkable… they are quite legendary.

Your remix of Morphine is outstanding and I’m not surprised it turned out to be popular with other DJ’s. Which other DJ’s ended up supporting the bootleg, and was it hard to convince the remaining members of Morphine to grant the official release?

Getting the band members on board took a bit of time and convincing, but luckily my manager Darelle and Sabo from Sol Selectas pulled through to make it happen.

Burning Man was only a couple of months ago, and I know that all of the Sol Selectas family have a special place in their heart for the festival. Did you make it over to this year’s event, and for anyone who hasn’t been before, could you give some tips on things to check out?

This was my fourth year in a row and just like the rest of the Sol Selectas family, the event has a super special place in my heart. For those who haven’t been before I would strongly advise they visit soon as possible. It’s by far the most amazing place on the planet where people treat each other with the dignity, kindness and love that every human being deserves. If I could give one tip for people going to Burning Man for the first time… lose your friends for a bit and go explore.  Be open minded, kind and loving to everyone you meet, and accept every moment for what it is. You never know what you will encounter, as the place is huge (like a pop-up city in the desert), but I guarantee you will love every moment!

On the subject of festivals and events we also just had Amsterdam Dance Event in your home country of Holland, being a native to the country do you pay much attention to ADE, as I’ve heard some of the locals don’t like the tourist aspect linked to the party side of things?

I love ADE and the culture… the tourists and wild side of the event brings Amsterdam to life more than ever. It’s a short moment in the year where with little effort you run into so many of the people you work with from around the world. I would love to catch more of the seminars one year, as there are super interesting ones that spark my mind. This year though, most of the days were filled with meetings and six amazing shows. It’s a mad weekend of creativity, and one of the things I love most about Amsterdam.

Thanks again for taking time out to chat with us, before I wrap things up I wanted to ask if you have any other inspirations outside of electronic music or music on a whole, as bands like Morphine aren’t necessarily a common influence for many people involved in DJ culture?

What I mentioned before, apparently loads of people from of our scene know Morphine. Many more than I thought.

Obviously, there are many things that inspire me outside of music such as spending time with my friends/family, my two cats, certain type of hallucinates, nature… the list goes on.

Before we bring this chat to a close to you have any other releases or special gigs you would like to mention?

Ah nice one, well let’s see… we have our new VA Sampler that just came out on Happy Camper Records in November. There is a new remix on there that I made for Oberst & Buchner from Vienna.  Later in November on the 16th, I have done a remix of Genii’s new track that’s forthcoming on UnderYourSkin, and I did that in collaboration with Noraj Cue. The week after on the 23rd of November, Noraj Cue and myself are releasing another remix for Parallels on Klassified Music. After that I’ve also done a remix of dOP which is coming out soon… who knows what will happen in between.

As for the gigs… I’ll be playing Satori’s Maktub show at the end of the month in Amsterdam which is going to be a special one. Mira’s birthday is the same weekend, then the week after we have our Happy Camper showcase in Miami. I really have to start sorting though some more of my music 🙂

Thanks for your support 🙂 Glad you’re enjoying the music 🙂 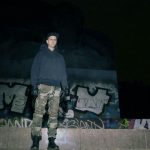 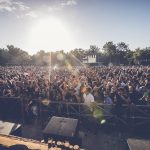