With Vanyano having new music out now on One Of A Kind we catch up with them for the latest episode of 12 Questions.

Born in the city of Tuzla 33 summers ago, the birthplace of the Bosnian electronic music scene. First touch with production and DJ-ing happened in the early 2000’s, when I started to produce techno music and DJ at private house parties, mixing and experimenting with own signature sounds and techno tracks.

Even I was very young that period, main trigger and the first influential feel happened after Underworld released album Everything, Everything in year 2000’s. I fell in love in those progressive chords, techno bass lines and atmospheres what made groundwork of my future music.

That all happened during high school period and it became basic hobby and obsession which lead me to next step and first professional approach with Propellerhead’s Reason and Fruity Loops Studio.

In Bosnia and Herzegovina and the Balkan region generally is very tough to start carrier in electronic music, since we are coming from very traditional country and the professional carriers are mainly in front of creativity and art. That’s why I graduate as psychologist and pedagogue and worked in an elementary school with kids and other people in need. That also satisfied one of the main human needs. Life is music, as better tracks you playing, the better you are living them.

I read about production tools, music software and VST synths all the time, but I think when you sit down and start your own first project on audio engineering software such as Reason, everything you read about looks so unclear and I just want to turn every knob and touch every button to know for what is made for. So yes, I am mostly self-taught.

When I was younger I had much more will and time to produce music, and even I created lot more tracks than today, that number is significant to quality of these tracks today, mainly because of time I spend for arrangements, mastering and all tiny things which make tracks more professional which I sum all in present experience, which requires more time, nerves and patience. After idea of composition is born, the “make up thing” is what makes creative block in my mind and need for rest.

5. You have a new mini album out this week on One Of A Kind. It’s being billed as a comeback of sorts as you haven’t had any new original music out in about 18 months. Tell what you’ve been up to in the meantime, how this seven track collection came to be and what’s coming later this year from you.

The pause of releasing new tracks was done with purpose. I have never stopped to produce new music even I haven’t released anything in a while. A perfect moment came after my trip to Ibiza, where I got chosen to represent my country in Ibiza Burn Residency program, after I came back with massive knowledge and new skills from the top of electronic industry. Our mentors where Carl Cox, Yousef, Uner, Olivier Giacomotto, Phillip Straub and many other huge names. We had educational classes of musical engineering, production and mastering, where we went thru Flamingo Studios on Ibiza. Than I created remix for Yousef’s track Pleasure Defined, which got released month ago on Circus Recordings as one of the best remixes, and that was the moment I was waiting to start releasing new tracks again.

I choose One Of A Kind because it’s a great new progressive label, and main idea is quality of new releases, not quantity, since it’s owners are very experienced producers and DJ’s Jelly For The Babies and Bonaca. That’s why I haven’t doubt in releasing album on this label, it possesses all the right and good things that one label could have.

I have to mention mastering engineer, my friend Alen Milivojevic, who did excellent job on mastering for this album. It brought the quality sound on another level.

Music is huge dimension and my getaway to another world of consciousness. It depends on the mood and moment, sometimes I listen ethno music, which includes some traditional music from all around the world, like Mongol, Chilean, Spanish or South American native Indian music and that is what makes me create new ideas and have wide spectre of choices.  Sometimes that is alternative rock or heavy metal. Pretty much any kind of quality made music.

First record I bought was Umek – Lanicor on vinyl. Since I grew up with old-school techno, that tune had great effect on my youth and it will stay in my memory forever as one of the greatest tracks trough my clubbing life.  Last one I bought was EP Mollono. Bass and Ava Asente – Birds Flying High (Part Two) yesterday getting ready for my next show.

There is another heavy LP coming out in few months and few more EP’s with bunch of remixes.

9.  What five tracks are you currently loving the most at the moment?

Hernan Cattaneo is my oldest and deepest inspiration. As I mention before traditional South American and ethno music from native Americans and Mongols, and movie soundtracks as well.

Above all to stay original and to search new experimental ways of creation that will sooner or later lead to new sound. There is a huge diameter of new ways and discoveries out there, just hiding to be found, heard, processed and brought to the ears of the world.

Never give up their ideas and to never loose motive. Even it feels so hard and the journey is long and exhausting the time to collect the prise will come eventually.

It would be one Turkish ethno song by Omar Faruk Tekbilek called Whirling Dervish.

‘Yaani Moans’ is out now on One Of A Kind, you can purchase the release: here 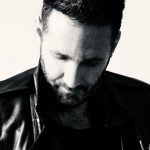 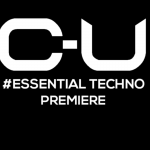