With K Nass’ remix of Some Little Things out this week on 3rd Avenue, we take a look at his favourite tracks of the moment in the latest edition of What’s In Your Box?

It was a big challenge for me to compile this top 10 list, and I really didn’t know where or how to start as I have so many favourite tracks from various artists. Its even harder to list a top 10 from the “most favourite to the less favourite” So this does not attempt to do so, rather its simply lists 10 favourite tracks with no particular order.

I have many Cid Inc. favourites; I really love how he builds immaculate grooves that are so hypnotic and perpetual. This remix I think best defines Cid Inc.’s unique style of big club tracks and his keen sense of drum arrangement.

I’ve been really digging Dmitry’s stuff lately.. I also have many favourites from him, and its definitely very hard to only pick one out. Dmitry builds some of the best grooves in my opinion; his tracks are very well built for the clubs, and always pack a huge punch

Desaturate is just one of my absolute favorite guys, this track is just one example of his extremely driving and progressive style. All his tracks have this rolling bass energy, with subtle melodies and effects that carry the tracks into a magical place really. I must add that his recent collabs with Rick Pier O’Neil have been outstanding and may very well be the best out of both producers

Jos & Eli are awesome, in my opinion and their latest ‘Reflection” EP on Sudbeat is a testament to their great sound. Their tracks always have a fat and warm analog feel to them, and they infuse many eastern/oriental melodies and elements to their tracks, which are awesome. I love the arpeggio lead and bass stabs in this track, which gives it a unique dark and groovy edge.

There is not much I can say about Guy J that is not already known. He had been making amazing music for years now and is becoming on of the everlasting pioneers of the scene. Guy has many styles of music I think and he does an awesome job in all, from chilled down melodic pieces to big dark groovy monsters. This track is a perfect example of the latter.

This track from Simos is huge. As the previously mentioned producers, Simos is great at carving massive club grooves. This track is a good example of that, and it showcases Simos’ unique percussive sound.

I chose this track from Juan as I think it’s a timeless piece of progressive music. I really love many of Juan’s tracks. He has an intimate warm sound that really touches the listeners, which is showcased perfectly in this track, such a beauty. Juan also has a much more edgy and groovy sound, which I also love, such as “Soul Reaver” and others.

This track is very unique I think, it has this underlying mood that is captivating, haunting, gloomy and mysterious. They music production is very simple yet so effective in setting the stage and carrying this absolutely mystical and magical voice of Mz Sunday Luv.

I have probably liked every tack that Matter produced in the past year or so to say the least. He is one of the very few producers who have their own unique sound, which happens to be right up my alley. This track is just one example but there are so many others, which showcase his hypnotic and driving progressive sound. Recently he collaborated with one of my favourite producers GMJ, and it has certainly been a fruitful endeavour.

I think this is one of the best tracks from Li-Polymer. He made several tracks recently with this unique style that is hard to describe. It’s a bit futuristic and percussive and extremely identifiable.

I want to emphasize that the 10 tracks I chose are not put in order of “most to least” liked, as it is very difficult to do so with music in my opinion. There are also 10s and 10s of tracks that deserve a place here and a mention. I just tried to represent the style and sound of music I favour and prefer.

Some Little Things ‘Vlad Draculea’ (K Nass Remix) is out now on 3rd Avenue, you can purchase the release: here 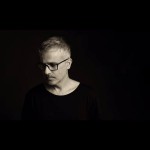 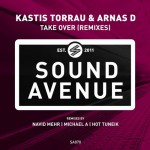