Alexander Aurel has firmly established himself as one to watch in Germany’s tech house scene and has released tracks some of the scene’s most influential labels. Today he’s celebrating his latest release on Nick Curly and Gorge’s 8bit label, so we grabbed some time with him to find out more.

How long have you been producing and Djing?

What are your first memories of electronic music and when did you know you wanted to pursue it seriously?

I was into electronic music since school, but the first time being to a club was in Munich at the Heizkraftwerk. Something happened this night and I got into dancing to hypnotic beats. But before switching sides and trying to give something back to the scene, I went to a lot of party’s for many many years! There are many artists that I respect for their work and influencing in the scene. But there is no one I really want to be like or sound like.

Alexander Aurel: it was pain in the ass! The moment you start, you have to learn how to produce a particular sound. It’s hard to listen to tracks and you ask yourself, “how is this groove working?, What synths were used?”. But everything I learned I taught myself through trial and error.

Alexander Aurel: the most difficult thing is to produce is a catchy theme, the moment I find this it’s just work. Arrangement and mixdown is after many years the easy part. If I’m stuck on a track – I stop doing music and continue the next day. Forcing myself to produce blocks my creative flow even more!

You have your new ‘Fall In Love EP’ coming out on Nick Curly & Gorge’s 8bit label, tell us what to expect musically and how you went about writing the 3 tracks.

Alexander Aurel: you get three bangers of power Tech-house that keep everyone on the floor.

How did you first link up with Nick and Gorge at 8bit?

Alexander Aurel: I met Nico because of my hometown buddy Peter (Karotte). Peter does his ‘As You Like It’ events in Frankfurt, where he invited me to be resident at. At the afterhour of one of those parties Nico said to me: “Hey I love your Terminal M releases, I want you on my label, send me a demo please!”. So I did and they released ‘Love Each Other’.

7. Which other labels do you produce on and what have you got coming up in the near future we need to be on the look out for?

Alexander Aurel: I also produce for Terminal M, Mobilee, Leena Music and Heinz Music. There will be some new remixes and tracks coming on: Material, My Favourite Freaks, RYM and Eat And Beat.

8. What was the first and last physical (CD, Vinyl, Cassette etc) piece of music you bought?

Alexander Aurel: The last was a vinyl package from deejay.de. That must have been in 2008 when I stopped playing vinyl. The first I can’t remember, could be some bravo-chart music of the 90s – Snap, 2 unlimited…

What’s a normal day like for you? And what do you like to do when you’re not working on music?

Alexander Aurel: I work a lot in the studio, love to hang out with friends, watch series on Netflix, do sport and cook healthy food.

Alexander Aurel: I’m always open minded to other artists sound and I love get inspiration while dancing to other people’s music.  The last set that really impressed me was the Martinez Brothers B2B with Joseph Capriati at the Time Warp Mannheim after party!  I respect Gorge, &Me, Max Chapman, Rafa FL, Gregor Tresher.

Alexander Aurel: don’t try to sound like others, follow your own flow and create and develop your own sound.

If the final DJ/live set of your career was next week, what would your last track be?

Alexander Aurel: I think I would play as long as I can “another last record” – so it would be the one the moment the location shuts down power!

‘Fall In Love EP’ is out now on Beatport. Click here to purchase 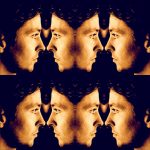 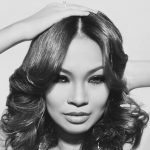