Agile Recordings is about to celebrate 100 releases with a special mixed artist EP featuring tracks from people who have links to the label and its owner Uto Karem.

In total there are fourteen tracks including new music from Cristian Varela, Loco & Jam, G Flame aka The Advent, Filterheadz, Mladen Tomic, Alex Mine and Uto Karem himself.

Centered mainly around techno, the release for the most part has a heavy sound with booming percussion and peak time grooves, but it also touches on other styles including melodic/tech house.

In addition to the artists already mentioned, one of the tracks is from Anderson Noise in Brazil who has also released with labels like Sleaze (UK), Harthouse and his own Noise Music.

Anderson Noise’s track “Game Changer” is one of the stand out tracks on this release, which is jam packed with goodness. Tense stabs and filter swept bleeps add caricature to the energy of the bassline that provides the driving force.

There is so much to choose from on this LP that it’s impossible to have just one favourite, but if you pick up just one track then the Anderson Noise is a strong contender for sure.

You can pre-order the track from HERE 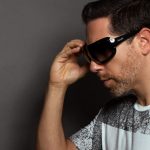 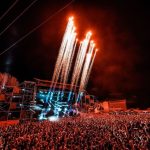