DJ ZOMBI: Israel always been a heaven for raves and night clubs.. Most of local youngsters go out to Electronic parties of any kind and this country have all of kinds to offer.

At some point of life (when i was 18) a friend took me to Open Air party deep into desert and i got totally in love with the Vibe and Ppl that were there.. On Monday i got home and asked a friend to give me some cassettes with music i heard during the rave. Then i asked where is best shop to buy that CD’s and so on. I got addicted to electronic music and spent since then all my free money to buy CD’s and Vinyls.

DJ ZOMBI: Another friend that been resident DJ at underground venue (Q-Club) in a city where i was in University was sick one day and he called me to ask to switch him that night for a gig. I had no clue about DJing and told him so.. But he was pushing me do it it and promised its a warm up set and i can menage it.. So i went to the club and somehow played tunes after tune (without mixing them at all!). At end of the night the club owner came to me and told me that I’m a new Resident, i was a bit shocked and so happy in same time. Since then i never stop.

Tell us about the projects you’ve been involved in

DJ ZOMBI: I’ve been part of 3 labels before (Domo, VP, Weekend Music) but my more known project was a “band” Weekend Heroes. Its started almost 10 years ago when i met Felix Nagorsky and we produced some trax, just for fun.. I sent it to my friend D-Nox and he played it out and back to me asking to sign it. We agreed and that how its started. Very quickly we reached places we never imagined, our tunes been into Top 10’s in Techno, Progressive House and Minimal. Big international gigs were incoming all the time and we spent 5-6 years totally on tour. During this time we visited all continents and played at clubs such Ministry Of Sound, Pacha, Arma 17 just to name a few.. Shared stage with all key players of global scene.

Then big EDM wave came and we also been attracted a bit by its power and “glam”, we switched to more commercial sound and today i can say clearly it was a biggest mistake. This days we back with decent underground music and in same time i develop my Beat Boutique Records which is totally music from soul to people with big hearts:)

We premiered Dousk’s Whisper Unit which is a really solid progressive club tune and features some heavyweight remixes. Can you explain more about your label and what you’re doing differently? What are your plans for the future?

DJ ZOMBI: First of all, thank you! Beat Boutique Records started and gonna stay home to great producers which have personal relation with me.. Remember I’m almost 20 years dealing with music as DJ, Party Promoter and Label Owner so i met and made connection to so many artists during life i just felt some of them don’t get enough recognising, other need a little push and some just too good not to be released more and more, on my own label. Beat Boutique started slowly slowly and since 2 years its getting better and better, i believe in organic exposure and its so sweat to see how this year things look differently good. I don’t need to “run after” artists but they offer me their best works and the new ones i make request to mostly happy to hear from me and collaborate. Lately Beat Boutique became and great party platform and we throw great events at very special locations in Tel Aviv and soon abroad as well; ADE 2017 here we come 🙂

Beat Boutique is definitely my last label and i gonna take it as up as possible, in near future i have great releases coming up from artists such D-Nox, Weekend Heroes, Audio Junkies and Spuri for example and for longer therm i plan grow into active player on global scene.

What do I do different ? I guess the fact that after 20 years in business I decided go back and start something new from zero, to make it pure and direct from soul, that effect the final product and for a while i wanna stay 100% behind it.

DJ ZOMBI: I’m living in Tel Aviv for 23 years and its always been the place to be for music lovers. This city is non stop and deliver amazing club experience for any music or clubbing lover. Its doesn’t matter what day is it you can find nice club to go to, from Sunday to Sunday, any day. For me, i like the most medium size clubs, 500 ppl lets say, where you know a high percent of the crowd and its feels like home, so i mostly DJing in such and go out to such. But really we have an kind for anybody, from huge Open Air clubs to small underground bunkers, from EDM and House to dark Techno and Minimal, just choose your way and get what you like.

On weekly base we have 4-5 International DJs visit our city and we as well have plenty of local Heroes that most of time not less interesting that abroad bookings. Come and experience Tel Aviv, you will not regret !

Which other DJs or producers are you friends with in your country?

DJ ZOMBI: Well, there is too many to mention but closest friends will be Lonya and Audio Junkies which we in friendship for 2 decades or so..

What are your favourite labels?

DJ ZOMBI: I like a lot Sudbeat, Sprout, Replug to name few..

DJ ZOMBI: I need CDJs 2000 Nexus and proper monitoring so i can care with me just 2 USB sticks and headphones. I never tried to make its complicated and dedicated to smooth mix and track selection.

DJ ZOMBI: Performances at 20K dance floors at Playground (BR), gigs at Pacha and Ministry Of Sound and of course my own events called Terra which is proper Open Air underground experience that getting better and better each time. As well my weekly parties named “Progressive Thursdays” which i run for 5 years in a roll.

DJ Zombi – back in studio and soon new stuff will be out, after some break, super excited about it.

Terra – to take this production to next level and create first proper House and Techno outdoor Festival in Israel.

Weekend Heroes – back to track with underground progressive house and create new style as we got the skills. 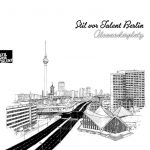 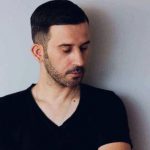