We had no problem in approving Fec’s request to make a report on the Mexican underground scene, following the strong progress the young Mexican label has made this year.

Hi Fec, for those who’re not aware can you give us some background about you and what you did before you launched your imprint Anathema Records.

Fec: Hi there! Yes of course, my name is Francisco Favela better known as Paco or Paco Effe among my friends. I started in the DJing scene about ten years ago in my home town, Juarez, Mexico, which I am pretty sure you have heard of in the news, hehe. Before starting Anathema alongside Noel Medina (Cali) and Alan Chavez (Alerch), I was starting my new producer project as Fec and releasing some music in small labels who actually liked my sound such as Submarine Vibes, WOOD, and Mr. Moutarde Records.

Anathema Records is just 5 releases old. What inspired you to start it?

Fec: What inspired me to start the label with my friend Alan Chavez, who is also a producer, was the lack of support that some labels were giving to the music we were producing at the moment, so we decided to create something solid where we can release music from renowned artists and the same time release our own material.

Where does the label name come from? Is there a story behind it?

Fec: Well, we were having troubles deciding how to name the label because we wanted to find something that was original and that reflected the identity of what we wanted to release. Ancient Greeks used the word anathema referring to the items that they offered to their Gods so the concept of anathema is to offer quality music to the world. At the same time, the modern use of the word anathema means to be cursed and we decided that graphic design should take care that aspect of the label. If you look at the designs of previous releases you can perceive a little bit of darkness and randomness represented on the designs. We can say that the label has its own duality.

What’s your vision for it? Do you have a goal in mind?

Fec: Our main goal is to be considered one of the best labels in Mexico, if not the best, releasing quality music covering all variants of progressive and deep house with organic textures. Also, we would like to go play and share our music all around the world, which I would say is our ultimate goal.

Fec: I consider Juarez as a well-educated electronic music scene. Dance music has being around for almost 20 years now having its boom between 2002-2003 with a collective called Pastilla Digital, they were the ones who first introduced us some big names like James Holden, Luciano, Damian Lazarus, Deep Dish and many others.

Since then the scene hasn’t stop growing and we have a variety of events every weekend with local and international artists. One of the most popular venues is Hardpop Club, which has become one of the best clubs in Mexico. Actually, the scene in all Mexico is really strong having Mexico City, Guadalajara, Playa del Carmen and Juarez as core cities for electronic music.

In Mexico City, we have venues such as Foro Normanie or Terraza Regina; in Guadalajara we have Bar Americas, which I would say is between the top three clubs in Mexico; Playa del Carmen was considered for many years as one of the key spots to play for tons of artists since BPM Festival was held in the Riviera Maya.

Unfortunately, Mexican authorities took the decision of banning the festival from Playa del Carmen due to the shooting that happened during an event this past January. Nevertheless, the Riviera Maya has been recovering progressively after losing its most important electronic music festival and electronic music scene is still alive in that region.

Nowadays, I don’t play that often anymore since I spend almost all my time in the studio. At the moment, I am just playing when I organize my events for Anathema being the last time back in August when we had our first anniversary party with Brian Cid as special guest and before that one we had Rafael Cerato. They were fun nights for sure.

Fec: The electronic music industry is a really hard business so it requires a lot of time, patience, and money, but more than anything you have to love what you do. I think having passion for what you do gives you hope to keep going and eventually positions you at the top.

Paco Effe: It has been a difficult process because there are some artists, specially the more renowned ones, who don’t want to take the risk or not believe in your project, and I understand since there a lot of labels that are not as professional as they should be and who might just want to take advantage of the name of the artist to make profit out of it. When we decided to open the label our main strategy was to have a strong first EP, which we did, that way we wouldn’t struggle a lot signing big names. After the first release demos started coming and we picked the six best ones for our first year and I can say we have done pretty well with them. As you noticed we are not releasing very often but we prefer quality instead of quantity.

Which releases are you most proud of so far

Fec: It’s hard to pick just one because each one of them has its own charm and style but if I had to choose one I think it would be the first one for the following reasons – 1. It is the release that started the journey 2. The original tracks are from Mexican artists, Chaty & Tamez 3. We have the collaboration of John Tejada with a remix and we consider him one of the most influential artists for the label and the whole electronic music scene overall.

You’ve also got your own material coming out soon

Paco Effe: Yes, I have some material coming out around January or February on Pedro Mercado’s new imprint, Chrom Recordings. It’s a 2 original track EP with two remixes in charge of my friends Formel and Quatri, I am very excited to make the first post about it. I am also starting to work on an EP for Anathema and after that I am probably going to start working for the first Anathema album.

What support do you give your artists and what advice would you give anyone looking to get signed on your label?

Fec: We are pretty open to sign new names on the label as long the style reflects what Anathema represents. On 2017 we were focused on releasing progressive and melodic techno with deep textures; for next year we are looking to get a little bit deeper and organic sounds with tech house textures. The reason behind the change is to explore other horizons and try to define the sound that best fits the label and ourselves and make it 100% unique

How people send you demos?

Fec: The best way to get in touch with us is via email to anathemarecs@gmail.com. We are always listening to all the demos that we receive and we try to give feedback as many as we can. 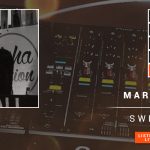