Man of the moment Hot TuneiK returns to Deersky’s Soundteller Records for a new single entitled ‘Time In Space’.

The Mexican artist and Hookah Records label boss last appeared on the Polish imprint in January with a remix of Rafa’EL’s ‘Lightening Breath’. Hot TuneiK now returns to Soundteller for his debut single alongside remixes from James Monro and Milos Ilic.

When you hear DJs or music fans speak about Hot TuneiK it always comes back to the grooviness of his productions. ‘Time In Space’ certainly exemplifies that once again with an amazing foundation built on meaty kicks and rippling waves of bass. There’s always been a bit of a Quivver vibe to Hot’s productions and it’s evident here as well. The swing is enormous and the sense of space extraordinary but what’s most amazing is what it accomplishes with so little. The break brings just enough drama with decayed sonics and a quirky line but outside of that this excels on the strength of its groove and production. A definite winner for the dance floor and one that keeps Hot TuneiK’s strong run going.

The first interpretation of ‘Time In Space’ is provided by James Monro who is making his debut on Soundteller. Having loved his productions for over two decades now I’m quite excited to see James on the label. From his psy-trance beginnings to the more progressive minded productions we hear today it’s been a brilliant career every step of the way and I still have a Flying Rhino record bag around here somewhere. His interpretation of ‘Time In Space’ is excellent as expected, impeccably produced and full of electricity. An acidic storyboard carries nicely into the break where the drama really goes up, building to a boil for a crushing drop, bringing the groove back in for a massive moment. A very large remix from James and hopefully we see more of him on Soundteller in the future.

The release concludes with Milos Ilic returning to the label for his second appearance. The Serbian artist first appeared on the Polish imprint with his ‘Etika’ single which was released in April of last year. Now fresh off his ‘Contradiction’ single, released just last week on PHW Elements, Milos delivers an excellent remix of ‘Time In Space’ to round out the release. Dark and crunchy design stands out immediately, along with a rugged rhythmic core. Vocal elements add a lot to the mix, bringing it into a lengthy break. Trippy and engaging they play off the tonal tension nicely, providing loads of drama and foreshadowing a killer finale in the process. Wicked remix from Milos and another stunning release from Deersky’s Soundteller Records. Highly Recommended. 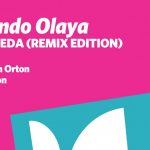 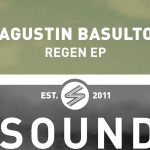