Jamie Stevens has been at the forefront of Australian electronic music for a long time. 10 years ago he shot to fame with  the Melbourne dance trio Infusion. Since going solo, he has featured on some of the world’s biggest labels and also runs the highly respected imprint, Chameleon Recordings. 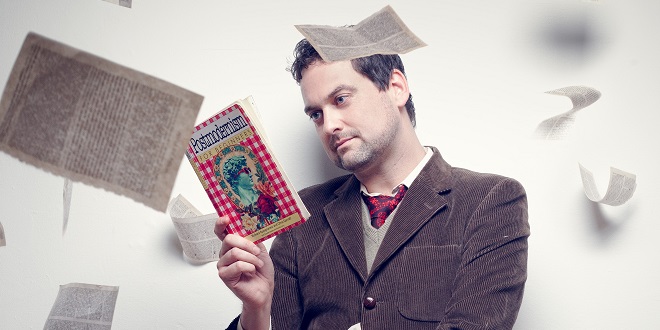 I remember being a bit starstruck when I met you in a club in Brisbane, Australia many years ago. It was at the legendary Bar Soma, which has since closed down. From memory I was very proud to tell you that I owned Infusion’s “Girls Can Be Cruel” on vinyl and that your sQ’ed Remix was my favourite. Of course you were your usual friendly and gracious self and I need not have been worried. Do you often get approached randomly in clubs by excited fans?

Haha! I wouldn’t say it happens often but it does happen. It’s pretty amazing when something you’ve made is heard by strangers to you and it affects them enough to want to explain how they feel when they hear your music, the impact it’s made on them or simply really curious about how you make your music. It’s honestly a lovely feeling and I can’t help but get all shy even after all these years. Something about the act of being greeted so affectionately by complete strangers is always very humbling to me.

Diversity seems to be your strong suit. When it comes to genres you’re a jack of all trades and master of many. For example, The Wonder Of You is a beautiful, melodic progressive track with a very distinct sound. Yet on the other hand you’re also a well known tech house and techno producer. What compels you to make such contrasting pieces of music?

You say strong suit, others would say a marketing nightmare! To be honest, I don’t think much about and I probably should. I go with what I’m feeling at the time, the sounds I’m making or, in the case of remixing, what the track I’m remixing has the potential to say rather than what I personally want it to say. Having said that, of course I have my own (quite varied) taste so there are certain things I wouldn’t do but I definitely find that I will allow a track to go in a direction that I feel the sounds or vibe dictate rather than ‘forcing’ something that I think is ‘more me’. Obviously there are exceptions to this but I think that’s probably why my productions are all over the proverbial shop! I need about 10 aliases and decide what alias they should go under once I’ve finished it.

Speaking of techno, the remixes from your Foreign Utopia remix competition are due for release on change audio soon (date TBA). What did you think of the entries? Can you tell us what we can expect?

I was quite blown away by the quality of the entries. Such varied styles as well. Mark spent a bit of time with a couple of the winners afterwards to refine some of their sounds and arrangements and they’ve come out sounding very solid. The winner, the Pappa Siera entry, went through a bit of an overhaul sonically as some of the sounds conflicted and wouldn’t have translated well in a club but I chose his version originally as the winner purely for it’s sheer creativity. Sure, the mix down wasn’t perfect but I loved it’s ‘outside the box’ attitude. The version that is coming out is more stripped back, a very direct bass line and more polished overall after some pointers from Mark. The James Gill remix is a bit tighter now and is a techno bomb whilst Sonic Union’s version just massive!

You’ve done remixes for a lot of Australian producers and vice versa. What’s your opinion of the Australian music community?

Well generally speaking, I’m so happy to see electronic music really thriving on all levels. So many great producers, parties, crowds etc. Having said that, it’s hard for me to judge the health of the entire country being so vast but from what I’ve seen and heard is all very positive. If we’re talking about the production community, in my experience it’s always been super-healthy. There’s always been an attitude of wanting to help each other out and see our peers be successful. As it should be! Talents like Trinity & Beyond, Walker, Timmus, Oddphonic, Oblique Industries, Uone, Retza, Thankyou City, Rich Curtis, Kultrun, Ed Hale, Moodmachine, Aaron Static, Darius Bassiray, Backroom Reality and many more… Just so much great talent and all of them just good humans.

With the rise of “EDM” and “progressive house”, dance music has become quite mainstream. Given your early success in that field I’m interested in hearing what you think of current commercial artists like David Guetta and Skrillex.

When it wasn’t Guetta and Skrillex it, was C+C Music Factory, Corona, JX, Ace of Base… I don’t know… There’s always been ‘pop-dance’ and obviously the sound of that will change with the times. I’m surprised with just how massive electronic music has become, though, to be honest. I never thought it would be as big as it is. A lot of the big acts like Skrillex have a sound that I just don’t get but at the same time, it’s really quite astounding how production like that (which is extremely creative when compared to ‘standard’ pop music) can be THAT popular. I didn’t think I’d see the day when loud, abrasive digital music would be loved by so many millions of people. Crazy times. Darius Bassiray made a very good point online the other day saying people should stop moaning about the prevalence of the EDM thing as it has the potential to open doors for those wanting to seek out different alternatives. I think that is really true. Kids can only eat so much ice cream for so long before they start wanting to eat something healthy. Obviously not everyone will WANT to seek out alternatives. For some it’s there as wallpaper for good times with their mates and that’s it. But it can also trigger an interest in some to make them look for something different and we’re seeing that here in Melbourne right now.

Do you have any advice for any would-be producers out there?

Simply to give it everything you have, experiment, learn your tools intimately and yes, learn from idols but don’t try to emulate them, just find your own way of saying things, just the same way as they did. Work hard at it, ask questions, have fun and don’t release sub-standard music. Be very self-critical and spend time developing your sound so you can offer something fresh and exciting rather than your first demos. Obviously there are exceptions to this. There are some real geniuses out there that just have a natural flair for it and sometimes the early ideas are magic. I tend to find that’s pretty rare and that it definitely takes patience and persistence to ‘find your sound’.

Where do you see yourself and your music in the next five years? What does the future have in store?

Good question. Definitely with a lot more original releases under my belt and maybe an Infusion EP or 2 which we’ve been chatting about of late. I’m now in Europe for about 4 months to make music with people, play some gigs, finish off originals, get inspired and breath deeply. It will give me a chance to map out releases I’m going to do under couple of alias’, one being for more rough, raw, lo-fi house and techno. Developing stage 2 of Chameleon Recordings with my bro Steve Ward and putting on worldwide Chameleon events is also in the works. I’m also looking forward to refining my DJ/live hybrid set with Tractor, Maschine and triggered visuals. That’s not too far off.

Making underground dance music can be described as an expensive hobby. What does Mr Stevens do when he is not DJing or in the studio?

Usually sleeping, reading or drinking red wine. I worked 4 days a week in an office job for the past 3 years and that gave me just enough time in the studio and live comfortably paying my bills. 2 days of a weekend just isn’t enough for me so I quit that job a few weeks ago and came to Europe. Haha! We’ll see what happens next… 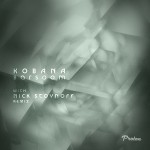 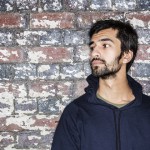