Morillo, Prydz, Fleming, Saiz, Beyer, Knight, Cattaneo, Fitch and/or Prok… An impressive list of surnames to have on anyone’s cell-phone speed-dial after only 5 years of pushing their studio work to record labels. We catch up with Jeremy  Ölander.

Sweden is such a hot-bed for musical talent and home to some of the biggest artists in the world. But how is the underground scene there? Plus why do you think your country producing so many great artists?

I’d say until just a few years ago the Swedish underground scene in general and Stockholm in particular was really small, while still thriving and in a healthy state. There have been sold out shows and great bookings for as long as I can remember. Difference now is that the frequency of shows is a lot higher and the size of venues is a lot bigger. A lot of the people that got into dance music via the more accessible artists 4-5 years ago are now into the Adam Beyers of the world and that has pushed the demand in a very nice direction.

I think it’s a good thing, but at the moment there’s not too much space in-between the underground Techno acts and the super commercial ones. I would love to have more variety in terms of more Progressive and Tech guys coming over, but there might not be a big enough following for that stuff yet. I’m hopeful though and feel like there’s a revival of the true Progressive sounds looming.

Where are your favourite places to play in the world and why?

Japan comes to mind instantly. It’s such an inspiring place to travel to and the crowd is really into my type of sound and how I play. The energy is really something else! The crowds can make an empty room feel like it’s over capacity.  As far as the country itself, I really love the unique combination of old tradition and the super modern and advanced. There is nothing quite like it.

Another place is The Cat & The Dog in Tel Aviv, Israel. I go there to play quite a lot and over the years it has become one of the shows that I look forward to the most. I’ve made a lot of friends there, like Guy Mantzur, Sahar Z and those guys, and the crowd is very educated and going there is synonymous with a really great time!

Do you still like to attend gigs when you’re not playing? If so, do you prefer to do it as a clubber? Or do you like to stay behind-the-scenes

For sure! If I’m home, off and someone that I really want to see play is in town I go. I always prefer to stand in the crowd whenever I go out. That’s where you really get to experience the vibe, not backstage.

With such a busy schedule, how are you managing your time between DJ tours and the studio workload? Are you finding you want to have more time in the studio? Have you found a way to solve this problem whilst on tour?

I started out producing on my laptop only using HD-25s at first so I’m kind of used to it.  When I’m the road, most of the time these days I only get an idea down as a rough sketch in Logic, but it happens that if I stay at place for a few days in-between shows or something I can finish the whole thing.

Even though I’m getting better at this aspect of producing on the road, I’m not a big fan of micro-sessions. Just picking up my computer, starting work on something and only be able to go for 1 or 2 hours. I need time to get into the vibe.

Are there any artists you would like to do a collaboration with or perhaps do a back to back with in the DJ box?

That’s a tough one. For one thing, I really prefer to work on my own. I’ve tried working with others in the past but haven’t enjoyed the process as much.

There are a lot of artists that I really admire and look up to, but I don’t necessarily want to collaborate with them. If I could pick anyone, dead or alive, Michael Jackson is one I would’ve done anything to sit in the studio with.

Can you share with us the biggest nightmare you’ve had on tour? Or tell us the craziest thing that’s happened to you – something you’ll always remember / or that always makes you laugh.

I never really get over the fact that people can be so excited to meet me in person. It never stops feeling surreal and it’s always a humbling experience.

It’s really hard to pin-point one crazy thing stands out specifically because there’s pretty much weird stuff happening all the time in this line of work. One time I flew to the most northern and remote place in Finland, had a Russian driver that didn’t speak any English pick me up and then drive me for 5 hours into what felt like the middle of nowhere in Russia for a show. It was a pretty awkward drive…

Oh yeah, another time this guy offered to give me his watch to play one of my older records.

What does your studio setup look like? What’s your favourite piece of gear (or plugin) that you’re always using?

Sure! It’s a very basic. A Macbook Pro with maxed out RAM, a pretty shitty sound-card that I bought because it looked cool and a couple of Genelec 8030A monitors.  I just recently got a MIDI-keyboard and an external display.  It was a nice and very welcome change for sure.  I like to keep it simple and don’t think I’m going to be adding anything new anytime soon. Never been too much of a gear slut even though I did get the Maschine from Native Instruments a while ago. Honestly speaking I haven’t used it too much yet.

What has been the most unique or unusual remix request you’ve ever had? Or assuming you took the job, what was the outcome?

I’ve never really received any too weird requests that I can think of.

For remixes in general I tend to gravitate to towards non-dance music tracks that have an element that really strikes a chord with me and gives birth to an idea. For instance, the most recent one I’ve done that just got finished is for a new Danish major label act called Mendoza. She has a really great and unique voice that kind of reminds me of Amy Winehouse’s. It really got me.

What’s the track you’re most proud of and why? Can you share the meaning it has to you?

“Chronic” is one of them. It’s one of three tracks of off my debut Pryda Friends EP. It was the first record to put me on Eric’s radar and it represents a point in my development as a producer where I felt I really started to improve. After finishing it I got that special feeling that I had learnt a great deal during the production process. I think others that also make music can relate to that. I guess you learn from every project, but after ‘Chronic’ I just felt it really strongly.

Who are your personal heroes in music? The people who most inspire you? Be it DJs, producers etc…

Eric Prydz is definitely one of my heroes and someone I’ve looked up to since day one.  Having him at an arms length whenever I need to ask something or just bounce ideas around is a blessing.

John Digweed is another one who I’ve always admired. His whole approach to the art and his way of programming a set is something that I really respect. I think he’s one of the best, if not the best to ever do it. His personality and the way he’s managed to stay so humble throughout all these years and the amazing success he’s seen is something I really respect and think the younger generations should take note of.

Given your personal successes, what advice would you give a young studio-artist or part-time DJ as to how to build their reputation in the scene? Can you share any do’s or don’ts?

Work hard, often, push yourself and stay true to who you are. Don’t stare yourself blind on the charts and try to mimic what others are doing or what’s hot right now. That’s something I feel a lot of people are doing right now but I guess it’s to be expected considering the exposure the scene has gotten with the whole EDM craze. With an approach like that you’ll always end up being a follower. Copying someone is one thing, finding inspiration in other people’s work is something else entirely.

Patience is a big thing too. Take things one step at a time and try to embrace the process of “climbing the ladder” and paying your dues. Most importantly, above anything else, remember to have fun. That’s the reason you should do it in the first place.

What’s your favourite way to relax outside of music? Do you have any hobbies? Are you in to sports? Do you support teams?

I watch a lot of TV shows and go to the movies often. I’m a real buff. Just saw Godzilla the other day and really enjoyed House of Cards. It’s a great way for me to get inspired, tune out and immerse myself in someone’s else’s reality.

Hanging out with my friends is also inspiring to me. Whenever I hit a wall when I work I just drop everything and do something else. Forcing things have never worked. Later when things start coming back to me, I usually catch myself writing notes for ideas and rough sketches for particular structures that I think might work on my phone, run home and get back to it.

As for sports, I like watching football, but mostly because it’s a good time with friends. I support Djurgardens IF. A local team from Stockholm.

What are you passionate about? Are there any things in the world you’re not happy about – where you feel more should be taking a stand? For example we saw you posting about animal cruelty the other day. Is there anything else?

I’m a big animal lover and animal cruelty is something that really angers and saddens me. When I was younger I would fantasize about hunting down all the poachers on my own and kicking their ass. As I’ve gotten older I’ve come to realize that there are more constructive ways of making a change than resorting to violence. I think if I ever get a really big following, I will definitely try to use my profile for a good cause to improve life for animals on earth.

Finally, can you tell us about what you’ve got coming up in the way of gigs and music releases?

This summer is looking great and it’s going to be my busiest one yet and I feel it’s testament to that a lot more people, especially in America, are opening up to my kind of sound. I’ll be spending a lot of time in America doing a club tour in addition to the festivals. I’ll also be playing Ibiza, Africa, and head back in India for a mini-tour in July.

I’ve been working a lot on new stuff in the past months and we’re just finalizing a release schedule for everything and anyone out there that likes my stuff can expect new Dhillon as well as Jeremy Olander originals, some remixes and maybe even a collaboration, which is rare for me. 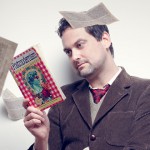 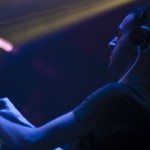