Knarly Knob’s a new name on the scene and has been releasing some really good stuff of late. We took some time out with the Italian newcomer to learn more about his origins as a musician

I’ve been playing classical music since I was a kid and until I turned 20. While studying I also used to listen to and play progressive music from the 70s. I was inspired by many bands from that period (‪Pink Floyd, PFM, Emerson Lake & Palmer) while concerning electronic music I was totally overwhelmed by records from ‪Massive Attack, Portishead, ‪Lali Puna, Air, ‪Depeche Mode and many others.

You were formally a member of the rock band ‪Negramaro. What inspired you make the switch to electronic music?

I’ve always been enthusiastic about electronic music so much so that I translated this passion into my work for the band. Time by time I got passionate about club music as well. At the beginning I performed live with only two drum machines and a synthesizer, then production came.

Do you get the same buzz producing as Knarly Knob?  Are you playing all instruments yourself and recording live?  Or programming your sequencer?

I’ve experimented quite a lot when it comes to track production. Actually I play with software and a few analog synthesizers always following a creative process that aims to keep the pureness of each sound. It happens quite a lot to live-record during production yet I also set up sequencers to exploit every opportunity. I spend a lot of time doing sound research which I believe it’s the most important part of track recording and also the most electrifying and stimulating one.

You also work with soundtracks, can you talk us through one of the best projects you worked on?

I worked with prestigious names and brands both italian and international. Mainly I produced soundtracks for fashion films and events. Among my many collabs I am glad to remember a worldwide synchronization for Disaronno, a D&G fashion film, a project with Ciroc Vodka. To be honest still the most iconic event I’ve ever directed it’s the european biggest laser show held by Samsung. A 12-minute-soundtrack which crossed a laser show among Milan’s skyscrapers. It’s been very emotional to see around 20,000 people watching the show and enjoying my performance.

You’ve been releasing your music on your own imprint Knarly Knob Records, are there plans to bring in other artists in?

Currently my label represents an opportunity I’ve set up for myself to release my music. I’m experimenting a lot and doing a lot of research for my sound and to build a strong identity for my label as well. When I achieve such goals I shall take into consideration to have some artists joining my label.

Do you feel you have a particular sound?

I think I have, definitely. Even if I’m still looking for one. I usually don’t seek for a particular sound but I happen to record my tracks using sounds and atmospheres I like the most, those which have inspired me all along my career. These are the things which characterize my production.

Can you talk us through the inspiration behind your latest EP ‘Remeo’?

I was inspired by summer coming, thus I thought about an EP whose sounds could be more subdued, featuring a sensual and soft groove, yet still retaining an electronic trait. I think these tracks sounds perfect to listen and dance to at sunrise or setting.

What does the future have in store for Knarly Knob?

I am thrilled to do music. I’ll be working a lot on production, then maybe I will consider setting up an electronic live set to gather and sum up those years I’ve spent doing concerts. Meanwhile, along with Wetraffik group, we are working on showcases and events’ production which will have us playing in unexpected locations and important clubs. 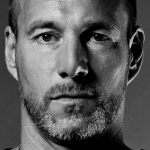 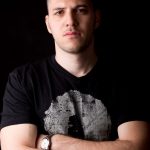