Lubelski is a next-generation global talent with an ear for tasteful and cerebral house music. When he’s not impressing the dance music community with his polished productions and edgy set curation, he and RYBO are building their Percomaniacs imprint into a promising new platform for fellow electronic innovators. He remains a strong part of the Desert Hearts family, managing Desert Hearts Records and regularly performing alongside the crew, where he’s more often than not one of the most sought-after acts on the bill. He’s a talent who juggles his many duties with finesse.

We sat down with the prodigious Lubelski to talk about avoiding the status quo, maintaining a life of balance and productivity, growing a label, and his latest EP on Desert Hearts with Musashi, ‘Pressure’.

For our readers who aren’t too familiar, can you describe your sound and how you ended up where you are today?

I would describe my own sound as psychedelic house music. I think the realm of psychedelia is super eclectic in nature, and my tastes are constantly changing. So I tend to to make and play music that I find rhythmically and sonically interesting and not just another party tune.

How do you resist the temptation to give into trends dominating the American house market?

I wouldn’t even consider it a temptation. The fact that a lot of people are actively trying to sound the same out here, gives me a reason enough to push the label. However, in [North] America we have some of the most innovative pioneers in dance music like Matthew Dear and Tiga to Richie Hawtin and Derrick May, just to name a few. So why follow a trend, when you can actively try to set one.

Let’s talk about ‘Pressure’. Can you tell us about your relationship with Musashi, and how the EP came together?

Well, I had been a fan of Musashi’s music for a while and had been playing out his tunes for a couple of years before I decided to reach out. Finally when I got a hold of him we set up a studio session and everything just really flowed easily. We still have tons of other records to finish.

You’ve taken up a love of hardware, it seems. What are some of your favorite studio toys that you’ve been using in a lot of your tracks?

I’d have to say my absolute favorite piece of gear I have right now is my modular synth. There’s always a bit (and sometimes a lot) of uncertainty of what’s going on, when you have a massive patch plugged in. It’s definitely made making music more fun to me. The thought that the synth is just sort of living and breathing and having a conversation with you is always what drives me to new synths. It doesn’t always need to sound perfect.

Outside of music, you’re also a label manager at Desert Hearts and the owner of Percomaniacs. What are your tips for finding balance among all of these different hats you wear?

As a label manager, organization is everything; staying as far ahead of scheduling as you can and keeping all your assets in place are incredibly helpful.

As a human being, finding balance on your health and focusing on yourself when you need to is essential. I know tons of people that get way too lost in the sauce and have to just take a break from people and partying.

What have been some of your proudest moments in running Percomaniacs thus far?

I think getting some nods from some of the artists that have inspired us and being able to work with them has been hugely rewarding. We’ve been fans of artists like Doc Martin, Joyce Muniz, Luna City Express, Jey Kurmis, etc. for years and being able to have them not only like what we are doing, but join the label as well is one of the best feelings ever.

Plus it’s amazing to be able to come up with the two best homies a dude can ask for—RYBO and Wyatt Marshall.

You just released your Desert Hearts set. How did you prepare for this performance, and how do you normally prepare for extended sets?

Desert Hearts Festival will always have such a special place in my heart. I thought I was a House Music wizard before I came to the festival for the first time, but was really humbled by the sounds and artists curating the festival. I heard sounds I had never heard before and was completely locked in the groove of DH after that.

So every year I get to play Desert Hearts, I put a lot of thought into the curation of my set. Although I never plan a set out, I definitely have a good idea of what music is going to get played. Most of the time, I’m testing out new music from myself, friends, demos from the label etc, but also love playing the weirdest tunes I can find. Someone once said if you’re not pushing the label with the music you play, then you’re a pawn.

How did you end up becoming so closely involved with the Desert Hearts family? What about Audiojack? Seems like you’re close to the guys as well.

Well I first started hanging with Mikey Lion when we both lived on the same street in DTLA. It was like the tech house dormitories for a while. So many producers, all literally on the same block.

Mikey has been a big supporter of my music and we vibe really well in the studio too. I had signed a few EPs to DH already but I think it’s when Mikey saw our success running Percomaniacs, he asked me to help get DHR on the right track.

I met Audiojack right after I had submitted some demos to their label early last year. We were both in Miami and they played my demos, so I went up to him and asked him who wrote the track. Jamie was like “this new kid Lubelski, we love this one!” So I told him who I was and we became homies ever since!

I just signed my second release to their label which came out in April with a remix from Gruuv label-mate David Pher.

Audiojack are great dudes. They pretty much embody everything I aspire to be as a producer—trippy, innovative, and groovy.

What’s one big lesson you’ve learned in the past year that has helped you better your craft/career?

Never sacrifice your integrity for the sake of pleasing people. You may have to bend your integrity to a label in order to get it signed, but I guarantee if you make what ever art you’re making for yourself and not just for those around you, you will find comfort and solace in the pursuit of your craft.

Finally, what’s next for Lubelski?

I also have some pretty big releases to finish out the year—a track on Reptile Dysfunction’s ADE compilation and a collaborative single with Doc Martin on Desert Hearts, as well as an EP on DIRTYBIRD. 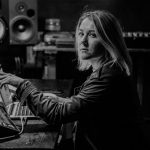 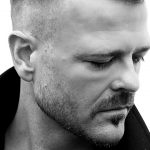