We caught up with Belfast’s Montel, who talks about being asked to remix a classic by the legendary John Digweed.

How long have you been producing and DJing?

Montel: I’ve been DJing properly in clubs for over 12 years. I think my first club gig was around 2005, although I did lots of bar gigs and house parties before that. Production came shortly after, around 2006ish – I enrolled in a music academy and started working on bits with like-minded friends. My first record came out in 2007 – I’ve recorded under various aliases over the years.

I used to play drums in a band. I was really into rock, metal and guitar-based pop, but around the mid 90’s I started hearing groups like The Prodigy, Chemical Brothers and Orbital, and I guess they got me into thinking more about ‘electronic’ music. Then when I was old enough to go to clubs, I got really into DJ culture and dance music shows on the radio.

Where did you play your first gig?

Montel: My first proper club gig was at a club called Stiff Kitten in Belfast.

What were the main challenges for you when learning to produce music? What tips would you offer to new producers just starting out?

Montel: The first computer programme I used was Reason. A friend gave me a copy and I literally hadn’t a clue how to use it, I remember buying a book on Amazon and reading it cover to cover and trying to figure it out as I went. Then I discovered most of the producers I knew in Belfast were all using Cubase, so I enrolled in a music production course and did lots of workshops, although working with other producers is what helped me the most. Reading a book or being taught by a tutor is too formal. Whereas sitting at a computer with friends, taking it easy and having a bit of fun, creates a more relaxed and productive atmosphere.

Talk to us about your remix of the Bedrock classic ‘U Get So Give’ by Moonface from the ‘Bedrock – Frequencies’ album, and the inspiration behind your rework?

Montel: This was a real coincidence… I knew the track from years ago, but it’s one I had kinda forgotten about. However, I was watching the old Delta Heavy tour videos of John & Sasha recently on YouTube and heard the track again. I was thinking “that track still sounds amazing, I should ask John for the parts and maybe do a little remix for my own DJ sets and his too”. Anyway… literally a week or two later (and before I got the chance to ask him) John emailed me and asked me if I’d like to remix it!!! Naturally, I was all over it. A few weeks later I was over in London with John playing the ‘Bedrock 18’ party at Ministry Of Sound, and he played the remix out for the first time – it sounded amazing on that sound system. Since then, I’ve been getting loads of messages over social media, asking me when it’s coming out as John continues to play it to people all over the world on his tours, and now the good news is – its coming out now on the ‘Frequencies’ compilation!

What’s the music scene like where you live? Where’s your current favourite place in the world to play?

Montel: There’s a decent music scene is Belfast, but we’re bound by horrible licensing legislation so it completely kills the club scene here. Alcohol can’t be served after 1am and clubs have to close by 3am. Total rubbish! My favourite place to play is probably London or Amsterdam, but it really depends on the party. A great party can happen in any city!

Which other DJs or producers inspire you right now?

Montel: I’m always inspired by veteran DJs like John Digweed, Sasha, Carl Cox, Masters At Work… they’ve been there, done it all, seen it all, yet continue to push boundaries! There are too many other great DJs and producers to mention that are inspiring me now – so many guys are doing a great job!

Montel: Honestly, I’m not so much into labels and artists. No one is 100% consistent – in my Rekordbox folders, very few producers or labels pop up more than a few times. I play a wide range of stuff from Deep House to Techno – if a track is cool, I don’t care what label it’s on or which producer it is.

Tell us about your DJ setup? What’s your favourite piece of kit?

Montel: You gotta love the Pioneer CDJ 2000 NXS2. I’ve been using CDJs since the CDJ 100S. They do everything you need and more and I honestly don’t use them to their full potential either. I started out playing vinyl when I got into DJing, but don’t think I’d want to play vinyl in a club anymore. The ability to use flash drives now is great and functional too. Mixer-wise I always prefer a rotary, but very few clubs have them, so the Pioneer 900 NXS2 or Xone92 is fine. However I’d really love to try out the new Model 1!

Montel: I’m not sure? I think I’m still searching for it. I’ve had Beatport number ones, top reviews in magazines, played in some amazing countries and also in some amazing clubs, but I think once you do it, you’re constantly on the search for the next big thing. I always set the bar high for myself and I think that’s really important to keep motivated.

What else can we expect to hear from you soon?

Montel: I have lots of great music coming out this summer. First up, the remix for Bedrock in July. Then, in August I have releases on Glasgow Underground, Sincopat and my new label Misfit Music. In September, I have releases on Viva and Stereo Productions. Gig-wise, lots of UK stuff at the moment and then several shows in Ibiza in August! 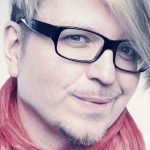