Thierry Botteman and Pierre Dozin are PROPE. Between them they are veterans of the 90s dance scene who have worked with major labels like Universal as well as being ghost producers for everyone from Royksopp to Groove Armada.

Hi Thierry and Pierre, before we get onto your Prope poject, Thierry, can you tell us a bit about your time in the industry to date? You have been signed to major labels in the past I believe and have been a ghost producer for some pretty big name, has music been a full time job for some time then?

Thierry : I’m the old warrior in the story. I started to produce music in 1995, from scratch, with a friend who was a Radio DJ. We set up our studio and got involved. We met a great young singer from London and got into a triphop project called Habit that became quiet successful and was signed by Universal. At the same time, we were also making deep underground house for another project with friends in London, who were collaborating with the ‘Full intention’ crew. After a few years, I moved to Copenhagen and went on to make some additional productions, collaborations and arrangements for many good names.

How did you both meet and how did the Prope project come to fruition?

Thierry had some demo to produce and mix. He asked for a quote at the Jet Studios in Brussels, where he met Pierre, who is a well known recording/ mixing engineer and producer in Belgium; working with many international artists. At the time, Pierre was also developing a solo project, and as the friendship grew quite fast, and the attitude and taste regarding music was common, so it seemed obvious to start a project together.

Are you DJing or performing live under the Prope banner? What will your setup look like?

We are djing, mostly with standard turntables systems. We are also preparing our next live set. The setup includes MIDI controllers, analog synth and a computer. At the moment, we are building an unique controller and a crazy analog synth with a friend, who is an electronican/ developer, it’s quite exciting!

What’s the music scene like where you’re based. Where’s hot, who are the big names locally, plus how often are you playing?

Complex, like everything here. Many international artists are from Belgium, and many movements were born here too (like new beat, acid house…), but history has shown that there weren’t and there aeren’t still no real structure to support and develop music on a professional level. It means that a lot of artists have to break through on their own. And for most of them, they need to move to London or Berlin for example, do their stuff, then come back to get recognized and successful in Belgium.

We have many mythical clubs like Fuse in Brussels, Cafe d’Anvers in Antwerp or Kompass in Gent. There are also many great events concepts like Labyrinth or Kntxt, and plenty of good festivals, hosting the hottest international artists. Many things are happening but mostly by professional organisers. On the other hand, it’s really hard for smaller organizations to find alternative places, and keep their venues open.

The Ogasm label you launched is the home to your recordings. Can you tell us more about it?

Like a lot of artists, we have tried and experienced major and smaller labels. Some are great but most of them don’t do the job. So we decided to create our own platform to drive it the way we want it. But we are working with other labels as well of course. Our first idea with Ogasm was to use it as a tool for our own music but we have recently broadened it up to other artists. We start to receive some cool demos.

The first version we made was the Deep Mix. We were lucky that Mark Radford from London Audio Rehab loved the track and started to play it on Rinse FM, at Ministry London, and in Ibiza last summer. We knew through the crowd’s reaction that it was working well. We worked the sound design and arrangements, to get this kind of trance effect on the track. We have chosen the remixers with care, and we knew the producers we selected would provide a range of different vibes.

Dusty Kid is a genius and is pretty rare in the scene, he came up with a totally new interpretation of the original track. The chords he added gives some kind of epic almost baroque atmosphere.

With Matchy, we wanted to have the german touch without going into the cliche of the genre. The way he worked on the hi-hats is awesome. Seb Legrand is Brussels based, he produces mainly minimal techno, he provided a hard version of the track, with minimal influences.

Who do you rate highly amongst the current electronic producers right now in your country?

In the context of Belgium, it would make more sense to talk about labels first, because the belgian scene is made up of so many underground scenes and artists, all into very specialised niches. There are many sharp and reknowned labels like for example Bonzai, Sub rosa, Ekster, Vlek, Lexi Discs to name a few.

We are finishing our first vocal track with musician/vocalist ‘Alune Wade’, a Parisian/ Senegalese ‘jazz man’; who has just released his third album. He’s also collaborating, amongst others with Marcus Miller.

We are busy with our next release, a melodic techno track, that we do in collaboration with the fantastic neo-classical American/Belgian ‘Echo Collective’ ensemble. This track comes with a music video, directed by Damien Chapelle. It will announce our first album and live set, coming this summer. 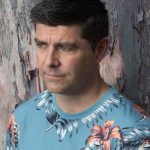 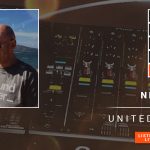