Coming off the release of his ‘Twilight In Venice’ single, Sagou talks about the ever changing Amsterdam scene and his collaborations with Sounom.

Sagou: I am forty-nine years old and live in the South of Holland, near Maastricht. Seventeen years ago I bought my first turntables and mixer and I have been playing beats and grooves ever since. In 2009 I started producing my own tracks, starting out with Reason and later on switching to Logic Pro which I’m still using today.

2. Where do your musical roots lie, what are your first memories of electronic music and when did you know you wanted to pursue it seriously?

Sagou: Music has always been an important part of my life. When I was six years old I bought my first 45 rpm single; “MUD – Tiger Feet”. I spent my entire pocket money on music, tape recorders and other equipment. When I turned eighteen I got my first guitar and not long after I started playing in a rock band, this lasted fifteen years. In 1999 I went to my first house party and it got me really bad, house music keeps my musical heart pumping till this day. I immediately knew this was the music I wanted to create since I find it much more divers and challenging compared to the guitar music I used to play. The possibilities seem endless to me and that drives me to go further over and over again.

3. How would you describe the club and party scene in the Netherlands right now? You’ve been entrenched in it for a while, how has it changed over the years and do you get to play much in your home city?

Sagou: Nowadays going to the club it’s difficult to sense the crowd’s energy. I think there are too many parties to choose from every weekend and people seem to be satisfied and spoiled. It used to be special to go out to a house party. We were looking forward to it for weeks and there was always something exciting going on. I miss that in today’s scene. Don’t get me wrong, I still love it, but the vibe has changed.

Sagou: As a dj I’m not as much out there anymore as before. After years of playing weekly at different clubs all over the area, I now choose and plan my gigs carefully. I always play the decks together with my best friend as ‘Sounom & Sagou’ and every time it’s a party to be there side by side.

4. What was the first amazing moment you had in club?

Sagou: I can’t remember the first amazing moment (there were so many) but I will never forget our gig at Dance Valley. We played in the Smirnoff Ice Cube which was a big tent in the shape of an ice cube. It was a beautiful and sunny day so the tent wasn’t really packed when we took over the decks around four o’clock in the afternoon. We started our opening track when suddenly there was a cloudburst and the rain came pouring down. Within a few minutes the Cube was full of wet and steamy people and we rocked the place so hard that everybody stayed to party with us even long after the rain had stopped. After we finished our set we went into the crowd to join the party and we still are in touch with some people we met that day. That was truly amazing.

Sagou: Recently Sounom and I are playing a bit more progressive mixed with up tempo deep house and a bit of techno once in a while. We like artists like Solee, Robert Babicz, Betoko, Oliver Schories, Teenage Mutants and Jerome Isma-Ae.

6. You have a new single out this week on Paul Hazendonk’s ‘MNL’ a smooth, progressive minded production alongside remixes from Danny Lloyd and Unicod. Tell us how you approached writing the track, the process behind the remixer selection and what’s coming later this year from you?

Sagou: The track is called ‘Twilight in Venice’ and I made it right after Sounom and I came back from playing at Ibiza last summer. We played there on the rooftop of the Ocean Drive Hotel in Eivissa and as we watched the sunset over the harbour some elements somehow reminded me of Venice. So that’s where and when the original idea started.

Sagou: During our flight back to Holland I already had the key melody in my head and from there on the track evolved within just two days in my studio. I sent it to Paul and was very excited when he said he liked the track and wanted to release it on MNL. Paul and I agreed on adding two remixes to the release and after mailing back and forth names of dj/producers we like, the decision was mutual; Danny Lloyd and Unicod. And I’m glad we did, because I feel they both did a great job.

Sagou: Later this year you will witness more releases of Sounom & Sagou together as we agreed not only to play live together, like we are doing now for almost eighteen years, but also to produce more together. We did some remixes before together and last year we released our first track called “Uitwaaien” on the Cosmopolitan Flavour label which called for more. So keep an eye out for that one!

Sagou: Nowadays I hardly listen to other music than electronic music. I don’t ever listen to the radio anymore, because I want to decide what to listen. In a nutshell I only listen promos and dj-mixes. However, considering my guitar playing history, I certainly am influenced by other genres. I also like to go to festivals like Pinkpop and Lowlands. Here you can discover very cool new music by mostly unknown artists. I always think that every track you hear has an effect on you because that’s what music does. Artists from other genres that obviously had a direct effect on my productions are certainly Depeche Mode, Madrugada and Sade.

Sagou: I am a Math teacher during the day.

9.What five tracks are you currently loving the most at the moment?

10. Who was the first big Dj to support your music and how important was that moment in terms of inspiration as well as being validated as an artist? and where else does your inspiration come from?

Sagou: Hernan Cattaneo was not the first big Dj to support my music but for me the most important one. He’s one of my all-time heroes and I’ve been admiring his style for years now. He played the Danny Lloyd Remix of the upcoming release ‘Sagou – Twilight in Venice’ at the Sonar festival in Barcelona some days ago which was a dream came true for me. My Original Mix of ‘Twilight in Venice’ is used as the opening track of the Subsidence Sounds show on FriskyRadio by Dale Middleton, whose music I also love. These moments inspire me to go on and do my thing.

Sagou: Always do it for the enjoyment and the energy it brings you and for no other reason. That’s all.

“Howling – Howling (AME Remix)” – For me, goosebumps. Each and every time.

‘Twlight In Venice’ is out now on MNL, you can purchase the release: here 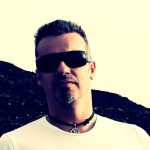 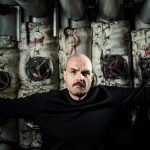