Hey guys, where are you based and how did you both meet?

First of all, we would like to thank you C-U, for the opportunity to talk a bit about us! We are based in Rio de Janeiro. We met as teenagers on a trip and for affinity issues, we became very close as friends. After a while, each one went out on their own way and we stayed over 10 years without contact. We connected again at a festival where Tiago was playing and from then on we did not separate anymore.

We have a strong inclination for melodies, melancholic sounds and music with a strong sentimental load. Some of the artists who have always influenced us are Pink Floyd, Radiohead, The Cure, Laurent Garnier and Anthony Rother to name a few, in a mixture of psychedelia, rebellion and poetry. We also greatly admire the productions of artists such as Tale of Us, Stephan Bodzin, Maceo Plex, Patrice Baumel, Hosh, Agents of Time, Woo York, Cubicolor and Hvob.

How far did you get in to the project before you decided to become a live act?

Uncloak was conceived to be a Live act since the beginning. Our greatest motivation has always been to be able to perform our own repertoire in live format.

How much preparation does it take to perform a set?

Soooo much preparation!! Like the vast majority of Live acts, we play a 100% authorial repertoire, which requires a lot of studio work in order to improve the tracks on a technical and artistic level. And also we have some rehearsals, necessary for us to create a synergy and be able to tell our story well. Usually we prepare the live set according to each gig, but as soon as we begin to perform, we get the feel of the dance floor and create different moments and often improvise. We believe that this freedom is one of the best things about playing Live.

Our latest release is called “Hollow” and this one is very special for us. It carries a very strong emotional content, from the lyrics to the choice of the harmony and the melodies that permeate it, since it was inspired by a very close relative who was facing emotional problems that turned into serious health issues. The music was a vehicle in which we managed to transmute all the pain into something beautiful and full of feelings. “Hollow” already has big supports and feedbacks from the likes of Solomun, Adana Twins, Ame, Sasha, Adriatique and of course, Magdalena, which is part of the EP with her amazing and powerful Remix.

Tell us about your relationship with Timeless Moment and why you chose to work with them.

Our relationship with the label is the best possible, we have total creative freedom and a great relationship and identification with the team. Label boss Morttagua was one of the first people who saw our artistic potential and always motivated and supported us. We have a deep admiration for the consistent work that is being developed by the label, which grows with each release.

One of the highlights was our first EP released by Timeless Moment, Terrafirme, which reached good positions on the charts and had great feedbacks and supports. We were also very happy to be invited to remix the great Rauschhaus and certainly the biggest highlight of all was to have the talented Magdalena remixing us on this next EP! When we met during a Dynamic showcase in Rio de Janeiro, she said she loved the original vocals; there is no highlight better than this lol!!

What are your next goals with the project and who are the artists and labels you’d like to collaborate with?

Our next goal is to play outside Brazil and spread our music around the world. This exchange of energy through music is a vital necessity for us. We are also working intensively on the studio to have more and more relevant releases. It would be great to do a colab with artists like Ame, Fideles or Patrice Baumel and also release into lables that we admire like Afterlife, Diynamic, Ellum, Fryhide, Correspondant and Exit Strategy. 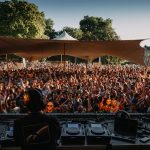 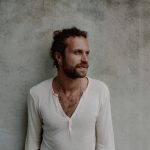