DJ Vanni aka Manni has long been a respected figure in the underground electronic music scene of Brazil and further afield, starting out as a DJ in 1985 before forming M4J alongside other renowned Brazilian producers and DJ’s.

1. Hello, congratulations on your ’Take 6’ LP. Could you tell us a little more about the album. What was the musical vision behind it?

Thank you for enjoying the album. I try to insert my signature on my work, as a music producer and a composer, with all the influences that are part of my music baggage and history. Some themes were created from samples, which inspired me to compose, others I created when I was in transit at airports or even in the Hawaiian winter season. The motivation and inspiration are diverse and varied but the biggest one is to write something new with infectious and differentiated groove that is hot and captivating to dance without thinking of anything else

2. You’re originally from Sao Paulo, Brazil. Could you tell us a little more about the music scene out there? For such a big city, does the community feel a bit lost sometimes?

We can say for sure that the electronic music scene in Brazil began in São Paulo in the 90’s. Many clubs, Festivals and Rave Parties came and went since then, and the scene grew steadily over the years. Today we can say that we have many more professionals amongst several artists that have an international career. Today we have a big flow of fans and the electronic music festivals are as big as the ones in Europe.

3. You often play in renowned venues like D-Edge, Lab Club, Trackers, Lions and Hot Hot… what is it that makes these venues unique to other venues you’ve played around Europe and the rest of the world?

Playing in Brazil is different from playing in other places around the world because it’s my home, where people can identify and interact with me more directly and easily. Also, the crowd in Brazil tends to be hotter sometimes, like louder, due to the way we are culturally.

4. You’re considered somewhat of a pioneer within the Brazilian music scene and I’m sure many young producers within the musical sphere look up to you. Are there any musical heroes from Brazil that you had when you first started out? And are there any local up and coming producers or DJs you’d like to shout about?

Yes, I would like to shout about Renato Patriarca my music partner, DJ Mau Mau and Franco Junior, who were part of the M4J project we had back in 90’s, which was one of the first Live Acts in Brazil and with which we created the fusion of House Music, Techno with Samba and Forró (a Brazilian regional genre). I also want to congratulate my old friend Wehbba and Gui Boratto for the excellent work they are doing with their music.

5. You started djing in Brazil back in 1985. What has changed for you musically over that long time period? And what is it about Brasil that has changed?

I started studying music at the age of six, studying classical piano, and also since a very young age I’ve been collecting vinyl. I started working as a DJ in 1985 at a Radio Station where I had two shows. After that period I started to buy instruments, synthesizers, workstations, computers; and I haven’t stopped until now, going through all the evolution from analog to digital technology. I think the biggest changes are the evolution of all the new ways of listening and selling music that are used today. This is very important and has helped to multiply the number of paid downloads and stream and has helped us artists promote our music to a much larger audience.

6. Your M4J tracks from back in the day received support from legends Carl Cox, Laurent Garner, Green Velvet and Derrick May. How did this support positively affect your musical attitude and productions moving forward?

The support of renowned artists such as those gave us immediate projection and reflected directly on the number of gigs and opportunities that appeared. Also gave us confidence that we were heading in the right direction musically.

7. Can you tell us where you guys find your inspiration outside of music?

In my daily lifestyle, surfing, at the airports, playing around with the synthesizers in my studio, on my trips around the world. Basically everything is a source of inspiration for me.

8. And finally, what have you got in store musically for the coming months? Any key releases gigs or projects you’d like to share?

I’m producing the Live Act of these two albums released on Society 3.0, “Wave Machine” and “Take 6”. There are also some remixes from the latest album to be released very soon.

I am also finishing the production of a new project of a kind of Electronic Surf Music, with live guitars, synths and beats with a legendary guitar player from Brazil. There are no release date yet but we have half the project done. I would like to thank you very much for the opportunity and regards from Brazil. 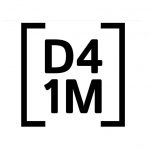 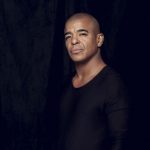