It’s been over 3 years since we caught up with live act and eccentric genius Robert Babicz.  We took some important time out again with one of dance music’s colourful characters and went deep inside the rabbit hole..

Hi Robert Babicz, thanks for joining us again. We last caught up with you back in 2014 and got the lowdown on your studio? How has your setup changed since then?

Robert Babicz: The studio got a lot more complex. I’m now using microphone preamps – using line signals – taking VST out of the computer to give them an analogue sound. It’s a much more complex process. I have a 32 in and out soundcard and I still don’t feel I have enough channels. I’m looking for ways to get 64!

I’m using outboard gear to give the sounds more colour. I use different kinds of microphone preamps because they all have different textures. When I’m recording it’s like painting with pastel colours – the amps are using little brush strokes to create the image.

Of course, what I’m doing is nothing new for people who work in the rock industry. It’s just not so known in electronic music. Artists use microphone pre-amps to record a voice but don’t realise it can give a super amazing textures to VSTs and takes away the clinical feeling! 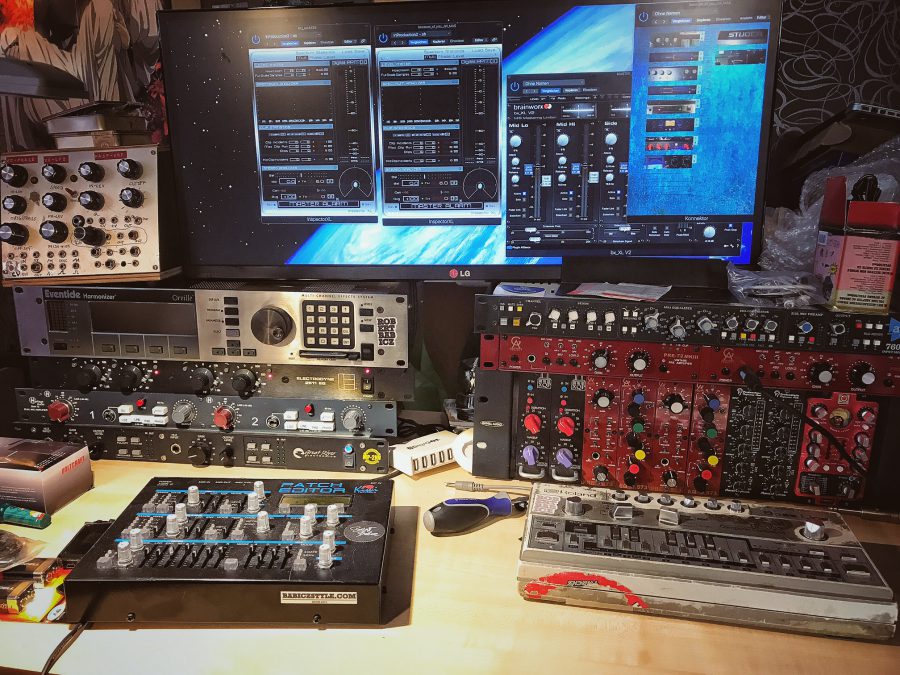 I’m also back with analogue synthesizers! VSTs are super convenient but in some way they are lying to you. It’s only a picture of the real thing. I can do things with outboard gear that VSTs can’t do. The plug-in will always do what mathematics is saying. But with the analogue gear – you are able to do things the makers thought you couldn’t do. I try to hack my equipment. Sometimes I destroy or improve it. I want an instrument that can surprise me. When you work with an instrument, you sometimes make good mistakes. For example, I can use feedback loops – in the composition process to change the sound. It changes the skin and for me, every sound has a type of skin that I can feel. 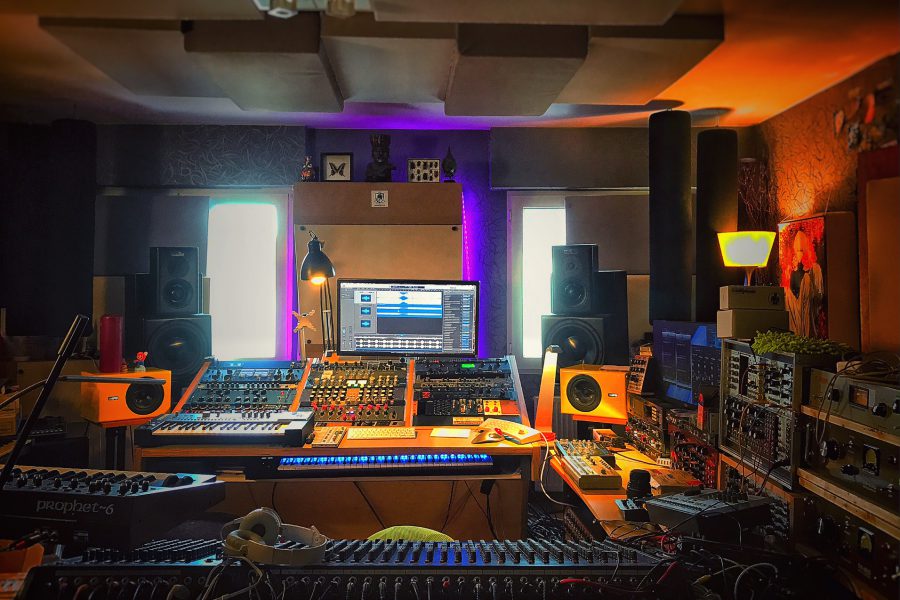 Many people are bored of it. Don’t get me wrong, you can do amazing things with software but everybody sounds the same. If you go back in the 70’s or 80’s, every studio had a unique or special sound. The uniqueness has been lost in electronic music and we need to find it again.

In the writing process for me, the sound design is part of the composition. So I’m taking care of the raw sound, before I even play one note. Music is art in time with waves, it’s a sculpture and I want control over every parameter. I am the artist and I want to go a step further and create my own textures. I guess there are a lot of people out there who are using preset plug-ins but they don’t change anything, so they’re really just creating other people’s work.

So it’s safe to say you’re looking at things more in-depth than other artists?

I guess to some, I have a real psychedelic view on stuff but in my mind I make music that creates its own world, so you can just listen and look around. There is some drama, some sounds making love… I am a storyteller. I lost the view some time ago that a song is just about components.

I would really love to understand nature through music. Humans have tried to do this for many thousands of years, so yes, I take a philosophical and psychological view on music. 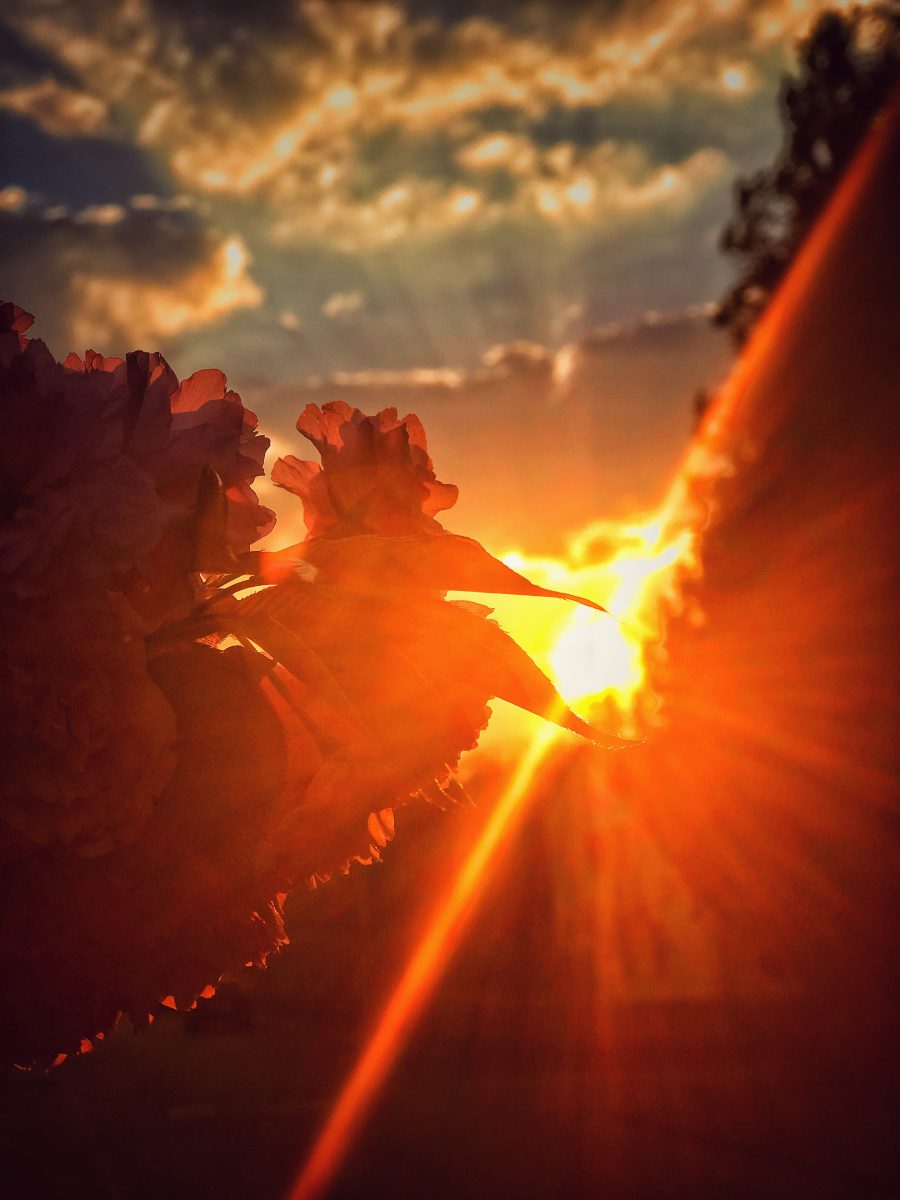 When I’m making music, I watch myself. I like to see what happens to me and how it changes my feelings. I guess it’s self therapy. I am human. Why am I here? Who am I? Music helps me understand.

After 27 years I would consider myself an advanced beginner in music. It’s such an art form to be a master in this. To master what I want to learn, I think I need another 20 or 30 years.

So you haven’t been approached by the CIA to make a sonic weapon yet?

Are you still running your mastering business?

Yes I am but now I’m starting to get involved in full mix downs. The differences are really day and night for artists coming to me with their own mix downs. Recently I did a full mix down for an electronic band, when they came to me with an Ableton session recorded in different kinds of studios and at home. Everybody was super happy with the finished result.

I would describe my full mastering service transforming the sound from the comfort of sitting on an office chair to laying on a super comfy couch.

So how do people work with you now?

I ask people to make stems into audio; anything between 5 to 80 tracks of audio files. Then I do a full mix down and routing each stem through my pre-amps to get the warmth and texture.

We saw you were giving a talk on analogue summing the other day. Can you describe what it’s about, in a simple way?

Digital sounds are just mathematics but the projects have limitations. Analogue summing takes numbers and transforms it into real free sound. So analogue summing is a transformation process. It makes it much easier to make a good mix down. I’m still recording every track on my reel tape machine. This machine is adding noise but the resolution you work in is infinite, because the sound is real. You have way more dimension to mix things.

Analogue is like drawing on a large piece of paper when you want to create a picture – but in the digital world you have to adapt to draw something on the size of a stamp. We use techniques in digital that make the finished product sound similar – but you can tell the difference when you go in close and see the sound waves.

Let’s get back to the music. I see you’ve got a new remix coming soon that’s being released on vinyl

Yes – I almost forgot this medium but recently I’m thinking about making some vinyls for Babiczstyle. I guess it’s just for the love. And the fans love it too. It gives the music the chance to survive the time, like a time capsule. The vinyls will survive me haha.

When people say that they have no clue. Vinyl is changing the sound because of its limitations. When people say music is warm, it’s because whilst it’s playing – it starts with a lot of high end and while it plays into the middle the highs are going away. We are used to the vinyl sounds – it’s not hurting your ears so much because you don’t have so much high frequencies. When I’m mastering, I’m always stripping down the painful high ends that are often left behind.

How do you control the highs when you play live and sonically for the listener, how dangerous is it?

I try to control highs in my live acts. When I play – I like to give people tenderness but also slap them a bit. This is how you wake up emotions. Then give them super tender sounds and get them on the couch.

I like to play with the subconscious. It makes the journey fun.

You’ve got a release coming up with Guys J’s new Armadillo label. Can you tell us about that release?

All my music tells a story. I can give your mind a plane or a car or a horse and then your mind is projecting and creating a story. I guess the track you premiered is Asian inspired. I like Asian food because it’s spicy, so maybe I’m telling the world I love spicy? I gave Guy J a full album of tracks to choose from and I really admire his vision of an open sound. Who knows, maybe we will release an album sometime?

You’ve got new releases coming up on Babiczstyle.

I have a few things coming up. Firstly, I’m opening up the label for other artists. I want to give something back to the scene and help artists to build a platform. So if an artist releases on my label, I will give you them all my help and expertise.

I have a compilation coming up plus some of my own releases. Guy J is doing a remix.

So which artists have you signed to your label?

Tim Engelhardt, an 18 year old guy from Westerwald, who’s recently released on Poker Flat. I have known him since he was 14 and believe he has a great future. I also signed Alex Kaspersky from Kiev – he is great. I’m only looking for special music that’s creating tears and emotions for me.

Sometimes when I’m playing live, if you ever see me crying it’s because I’m experiencing the real emotion of the music. So I want to release beautiful feelings like these on my label.

Anything else coming up?

Yes – I have a really nice EP coming up on Systematic – Marc Romboy’s label.

So who in your opinion, who are the best electronic artists out there?

In Germany we have a saying, everyone cooks with water, even the best cooks on the planet. So it’s not easy to surprise or impress me. I like music that is giving me a good feeling. I really like Guy J. He is a super nice human being. I like the way how he treats his sound and his soft melodies.

The music industry is a swimming pool full of piranhas and crocodiles but there are some nice fish in there as well. It’s a hard fight but just follow your dreams. Don’t listen to negative advice from your friends and family. If you feel it just do it! 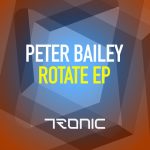