Mateo Gonzalez aka Bufi is a man on form of late, with recent releases on Henry Saiz’s Natura Sonoris plus a new EP on AFFKT’s highly respected Sincopat. His diverse range of influences include anything from early detroit techno, to scandinavian nu-disco or 70’s krautrock. We caught up with the talented Mexican for a quick chat.

C-U: How old are you, where are you living and how long have you been producing and Djing?

Bufi: I’m 30 years old, I live in Mexico City and I have been producing and Doing for 14 years approximately.

C-U: Where do your musical roots lie and what made your get in to dance music?

Bufi: From many places, but mostly from Classical Music, Jazz and 70’s rock.

C-U: How difficult was learning to produce for you in the beginning? Did you take any Audio Engineering programs or production courses to help you out or are you pretty much self taught?

Bufi: I didn’t take any production or audio engineering courses, although I studied classical music in a national conservatory, which I think shaped a lot my musical vision. Technically speaking I think I might have learnt faster with some production courses, but on the other hand there’s nothing that bounds you more with musical vocation than pushing yourself to learn new things and develop craftsmanship on your own.

C-U: Talk to us about your latest release and the inspiration behind it.

Bufi: There’s not really a global idea behind the EP, but if I have to mention something there’s definitely a Kompakt / Afro-house feeling on it, although I think each track on the EP can stand on it’s own. I think of it more like a collection of individual ideas blended together by a production style, where analog raw synths and vintage drum machines coexist with modern sampling techniques and recorded percussion loops, slowly but intensely building-up together.

C-U: What’s the music scene like where you live and how often are you playing?

Bufi: I play very often, since it is my main job. Luckily, Mexico City has developed a pretty decent club scene with plenty of options, and I have a couple of residencies in town where I play different styles of music, like 70’s and 80’s disco, House and Techno, and even indie-rock and pop music sometimes. Besides that I’m constantly touring in Mexico, Latinoamérica and Europe.

C-U: Which other DJs and producers do you admire right now?

Bufi: Contemporary producers I like what Red Axes, Talaboman and Marie Davidson are doing, to name a few. DJ’s I don’t really follow that much, but i’ve been aware that Hunee is a really interesting one.

C-U: What are your go to labels?

C-U: Do you have any plans to start a label?

C-U: Tell us about your DJ setup

Bufi: It’s a very simple and classic setup. You can see me in action here:

C-U: What’s been your biggest achievement to date?

Bufi: Being able to finish 2 albums and going for the 3rd one!

C-U: What are your aspirations for the future?

Bufi: Nearest future: having a solid live show (still working on it) and getting to play a couple of good festivals in Europe. Long-term future: who knows?! Maybe doing music for films?

C-U: Tell us something about yourself that might surprise people?

Bufi: I’m a decent dog trainer and I would probably kick your ass playing FIFA 16 or 17 on Playstation. 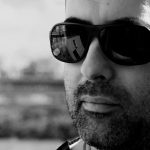 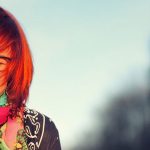