André Winter is not only known for numerous releases on the hottest labels like Senso Sounds and Noir Music, but also his energetic gigs in locations like in RexClub in Paris, Kasantip Festival, Sisyphos Berlin and rocking the Amsterdam Dance Event next to other festivals like legendary Fusion Festival. No doubt, André has come a long way since he started his career. Having released under various aliases he also produced great artists such as Humate and Oliver Huntemann, also Dubfire and Huntemann and finally, having worked on remixes of world-renowned artists such as the Chemical Brothers, Underworld and Anthony Rother.

Hi André! Thanks for speaking to us today. How’s your summer been so far?

Honestly, summer has completely passed me by. I’ve been working on many interesting projects over the past weeks and months, and had some gigs, so I could not really enjoy the sun for a few days.

Congratulations on your latest release with Oliver Huntemann called Reeperbahn on Senso Records. For those that haven’t heard it what’s the story and vision behind the release?

I’ve been working with Oliver for many years, and we’ve wanted to bring out a track together for quite a while now. I had the idea of starting a new series on Senso only with collaborations by two artists. He liked the concept, and our collaboration became the first of the ‘Kontakt’ series.

You’ve maintained a solid release schedule since you started back in the days. How do you balance producing in your day-to-day life?

It’s actually not that easy because I’m in the studio a lot and often have to force myself to do something else because it’s really important to get some distance to clear my mind and focus.

You’ve recently played in Australia. Is this the first time you’ve played down under? How does it compare to other places you have performed?

It was always a big dream for me to play down under. This Year was my
second time. When I was asked a few years ago I was very happy because it
meant that there are people who apparently like my music. It is an amazing
country with great people and a lot of enthusiasm for electronic music. The
parties, however, don’t differ much from ours.

You have performed in countries like Belgium, Bulgaria, France, Germany, Italy, Netherlands, Russia, Spain and Turkey. Do you still get nervous before performing? Do you have any pre gig rituals?

In the past it was really so bad that for a long time I played no shows at all and only limited myself to producing. Luckily, this time is over, but I am still a bit nervous and tense before the gigs. I try to move a bit, mostly in the hotel, and do a few warm-up moves, which works quickly.

You have recently remixed Sama’s PRESSURE on NOIR, can you tell us your inspiration for the cut?

I really liked the original, and I soon had a vision of how my remix should sound. It went quite fast, which is always a good sign.

And finally what have you got in store musically for the coming weeks and months? Any key releases, gigs or projects you’d like to share?

The 5Years Senso Sounds compilation has just been released! I have contributed a track called ‘Carte Noire‘. My remix for Lilly Palmer’s track ‘Excess’ will come out in the next few weeks.
Besides, I wrote a few more songs for a new Netflix series, which will be out sometime in the fall.
A new EP on Senso at the end of the year, is also in the pipe. 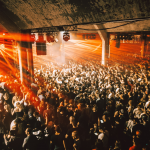 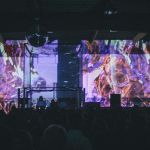