Lee Burridge favourite Hauy checks in for the latest edition of What’s In Your Box?

This Lee Jones’s masterpiece is one of my all time favourite! I found it a few years ago and since then, I’ve been trying to play it on my sets, but with no success. It seems like we have an intimate connection, I just can play it by myself.

My new favourite from Lee Burridge and Lost Desert recently released on Get Weird. Is all about that synth on glide. So good and, I can tell, it works really well on the dance floor.

Space/Time Ep was released 2 weeks ago on In2deep’s label L’enfant terrible and besides being a 3 track EP, it sounds like an album. The 3 tracks are filled with evolving synths and organic sounds, from simple vinyl crackle sampling to ambience recordings and talking to strangers. It makes you feel in peace.

This track is so powerful! Every time I listen to this I imagine it as a movie’s soundtrack. The original is also great.

Fabio Ape is a Brazilian friend and producer who delivers a very authentic and organic sound. This Dave Brubeck’s edit is no exception. It’s amazing and deserves your attention.

Talal & Zoi are 2 friends and producers based in Toronto. This song was the first that I heard from them and just felt in love with the vintage touch. They launched a really cool label last year called “For The People” which I have an Ep coming out in August.

I’m always trying to find new songs and new ways to do it, and on the past days, I realized that I had nothing from Japan in my track list. This insight turned out on beautiful discovery, which was Lycoriscoris and this beauty “Sur Oiseau”.

Heard Luca Bacchetti playing this organic-down-tempo groove in Miami few days ago and I felt the energy of it right away. Those keys on delay are something else. It hits my feels.

L_cio is a flautist and producer from Brazil who recently released this experimental masterpiece on Gui Boratto’s label D.O.C. I love when producers can mix organic with electronic sounds with such a maestri, like he did.

Lots of funs working on this remix! As the original is very chill and tells you romantic story, I tried to make a simpler and groovier version, but keeping the deep emotion on it.

Hauy has new music out now on Magician on Duty, you can purchase the release: here 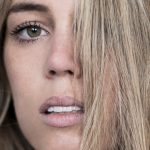