We first featured Pim van Horssen aka SQL in our 12 Questions series back in 2014. His often turbulent but exciting journey across the world and deep inside himself has finally led to the output of his long-awaited debut album on Gem Records. We find out more.

We didn’t cover this last time but where do your musical roots lie and what made your get in to dance music?

SQL: My roots lie in prog and psychedelic rock. I grew up listening to a lot of Pink Floyd, Led Zeppelin and playing in bands. When my sister took me to my first rave this changed. It didn’t take long for me to move towards electronic music.

SQL: I never took any courses so it was very difficult. I didn’t really know what I was doing for the first few years. I had a pirated copy of Reason 3. A friend and I were trying to get music out of the software. It sounded like a mix between a train and an alien farting.

It wasn’t until a bit later when I switched to Fruity Loops that things started to take shape. People convinced me to switch to Cubase, to Logic and later Ableton. I learnt to use all of them on my own, with a bit of help from fellow producers. I think it’s safe to say I am mostly self-taught.

Talk to us about your latest album and the inspiration behind it.

SQL: I guess you could say synthesizers and other instruments inspired the album. Most of the tracks started with me jamming on one of them and just recording as I played including the lucky accidents. The Prophet 5 synth is the main star of the album followed by a Roland SH-09 and Acidlab Miami.

The second important element was my creative process. I decided to stop making music with a pre-conceived idea of what the finished song should sound like. Instead, letting the music flow naturally. The album is the result of two year’s studio work using these tools and principles.

SQL: The music scene here in Amsterdam is very vibrant. There is no shortage of great producers. I find that very inspiring. As far as gigs go, I don’t play here that often. More people know me outside of Holland than at home.

Did you make your latest album for the dance floor or was it something to be enjoyed as a complete body of work?

SQL: I had about 30 tracks which we selected as potentials to be released. From those 30 we searched for 10 that fit together as a story. Before we found the final version of the album we had made and listened to 10 different versions over and over until it sounded perfect. So, the tracks were definitely selected to be listened to as a whole. Individual tracks from the album will work great on the dance floor. Others are downtempo or even beatless so they are best for listening.

How did you start working with Gem the label that are releasing the album?

SQL: I started working with Gem because I sent them a demo about 5 or 6 years back. The A&R Nick Crockett called me to sign a track to a compilation they were doing. Later I went to visit Jeroen (Secret Cinema) in his studio. That was an unexpectedly interesting experience.

When I arrived at the Gem office Jeroen showed me around a bit we then went downstairs to the studio to work on some of my material. I asked him a question that had been on my mind ever since he released his track “2CBright”. He confirmed my suspicions that the song was about a 2CB experience. We discovered we had a mutual interest in psychedelics and offered me some 2CB so we could hang out and trip in ‘The Red Room’: A legendary room in the basement of the Gem office with different levels of floor covered in zebra-print carpet and cushions, mirror wall, red lighting, turntables and a sound system. An hour later I was lying on the zebra-print, listening to psychedelic music with my eyes closed. That was when I realized that Gem was the right home for me.

What are your go to labels when DJing?

SQL: I don’t really know to be honest, I sometimes don’t even know the name of the track I’m playing. At times I felt quite insecure about being a DJ and not knowing every track name and every label. But I just listen to something and If I like it I will play it, whatever artist or label. Instead, I browse a combination of Youtube, Soundcloud, Spotify and crates.co. The latter is basically a skin for Beatport with all the duplicate re-releases removed.

Spotify and Youtube always give me great suggestions. I also play a lot of music by my friends, which are usually my secret weapons that no one has. When I’m sorting out my music I focus mainly on tagging all my tracks, writing down some recognizable features of the track in the comments. And before a gig I usually make a preselection in the form of a playlist, which I then usually don’t end up using and just go with the flow.

SQL: I have a lot of respect for my friends here in Amsterdam. People like Polynation, Olaf Stuut, Kaap and Unisol. Apart from that I have been smashing almost every track by Patrice Baumel for the last few years. But I’m also into artists like Move D and Youandewan

SQL: The new album Sequel is definitely a big one. But also making a living off music and getting to travel the world.

SQL: I want to diversify a bit more into different styles, maybe start some collaborative projects.
Apart from that, moving to a sunny island somewhere tropical!

’SQL’s debut album ’Sequels’ is due for release on 9th June on Gem Records. 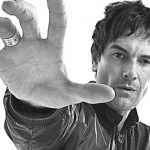 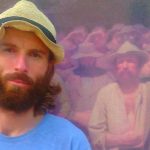