Techno Producer VANITY CRIME (Real Name: Francesco Ferraro) was born in Santa Barbara, U.S and raised in South Italy and is working as Deck Officer on Five Star Cruise Ships like a modern Marco Polo, travelling around the world and the seven seas.

Hey Francesco, where are you based and how did you first get hooked on dance music?

My actual land base is north of Miami, Boca Raton where I’m fully concentrated on the music business, and also in Sydney, Australia when I’m offshore due to my other work. First time I got hooked on dance music was around 2001 when I was 12 living in Italy with my parents and always in contact with records because of my dad, one of the biggest collectors of rare funk, blues and disco artists. At that stage I was fascinated by the noise of vinyl scratches and spinnin’ moves, alongside 130 to 140 bpm Italo disco and Eurodance music that was really addictive, broadcasted on radio networks, selected on various mixed compilations and also MTV doing his part to transmit this classic all over the place. So around 2003 I started to focus on music production using a simple homework PC with various sequencers. The first record I been ever spinning’ was: Justine Simmons feat. Run from RUN DMC – Get Out The Floor (Summer Breeze).

What’s the meaning behind your name?

VANITY CRIME is not only about music design, but is a brand that merges also lifestyle, fashion, travel and world different cultures.

I think is an Italian way to see the things but I consider myself an excessive VAIN person, always taking care of myself in every single detail (body care, fashion and specially hair texture), same I do with my tracks where I can express my current mood, sometimes melodic and sometimes aggressive. I also produce different genres with other aliases.

I’m not a big fan of Top Charts. All the influences I have are based on the experiences around the best club and parties I have been attending through the years, and specially from all the important artists that left a sign of it in the worldwide techno scene. Since I started to enter the world of techno music design I been inspired by the following artists like: Jay Lumen, Phunk Investigation, Spartaque, Christian Cambas, UMEK, Tom Hades. A lot of rising talents also in the spotlight, I am always in contact to share thoughts, ideas and mental models: Prosdo, Marco Raineri, Monococ, Criminish, Nihil Young, AndReew, Fabiann, Devid Dega…

As I mentioned before, it depends a lot of my actual targets and mood. I really love to involve samples from old school 70’s, 80’s funk anthems filtering and concentrate them beside unexpected drops, a trip with the time machine and then suddenly let the dance floor melt down. Really flexible with the sound design on recent remixes where I been assuming another identity sometimes experimental, sometimes melancholic, but everything depends from the vocal lyrics you got your hands in.

There’s a long list of big highlights, most of them are relative of tracks being supported around the world by every single dj. The most recent one from last summer when “King” Carl Cox dropped my “Mass Culture (Criminish Remix)” [released on Gain Records] at Privilege Ibiza in two events in a row. Was a big surprise for me, I remember that the promo campaign started just few days before. Joy and satisfaction to see thousand party rockers and the “King himself” jumping’ on it. Something that let me feel I was there with them, surprises like this make your day. Another funny story when I discovered my Depeche Mode’s Martyr (Bootleg) released on a Limited Series CD Box that went sold out in Germany. Makes u reflect that is the right formula 😉

Oh Yes! That’s a very curious story. I met Josh Bess 3 years ago, honestly talking online as we were part of the same label Bosphorus Underground where we released an EP together too. Josh lives in Japan, he’s a great musician, performer, spokesman and also teacher (Ableton Certified trainee). Satisfied from the result of the previous EP we were continuously sharing each a lot of ideas to prepare a proper follow up.

One day he decided to send me a techno groove cut he was working on. At that stage he was not still producing a lot of techno stuff. As soon I’ve heard it I felt was transmitting a huge energy and there was potential behind it so I decided to put the hands on it and point to achieve a bigger target, of course Armada’s KMS Records was the most appropriate for it. We involved in the project the genie of Mattia Marotta (Nihil Young / Less Hate) that gave to the track an progressive signature with uplifting synths, psychedelic Fx, hypnotizing pads, and a warm bassline. Same job made by Andràs Takats (AndReew) a Dubfire’s SCI-TEC prodigy with another energetic techno concept mixing up tough beats and stunning drops.

Actually I’m performing rarely for private events and showcases because I devote myself 99% at music production. Of course, I’m in often in relation with radios, networks, labels and magazines to prepare exclusive podcast, mixtapes and so on… A great chance where I can premiere new stuff, and also some rising tune from my closest collaborators and friends. I have seen many artists preparing those using Ableton Live, where instead I prefer to make an accurate selection earlier, then spinnin’ and recording live, so I can still maintain myself in line with mixes technique skills and moves. For that I use Traktor S-4 and timecode vinyl setup.

Labels are growing up day by day. The competitiveness is always high. There’s a long list of label I would like to appear on, for me is not only a matter of visibility and business, but music connects people and I realized it travelling around the world, meeting artists during gigs, showcases and randomly in the street. Friendship in this world is important.

At the moment I can reveal that working in progress on an EP for InDeep’N’Dance Records (Amsterdam based label by my friend Dexon). Respect and humility are the keys of success, I see many people are forgetting about it.

Do you have any future news you want to share?

Yes Of Course, first of all I want to mention the also this year I will be participating at the WMC Miami Music Week. Events: TBA

Upcoming remixes for Kerri Chandler’s “Heal My Heart” and Supernova’s “Maranà” both on King Street Sounds, with different alias.

Also I’m still elaborating a lot of remixes for the most historical artists and bands of the electronic scene rebooting them in a modern underground techno key, as I already did for Depeche Mode, Tiga, Moby and Royksopp… kep an eye on my social medias for upcoming premieres, mixtapes, some of them are made for djs promotional use only! You know what I’m talking about 😉 Thanks CU for the opportunity. 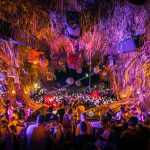 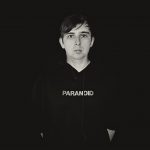