Ashes track ‘Angel of Dissolution’ really stood out in the sea of demos that we receive here at C-U. We caught up with him for a chat

Ashes, tell us about you.

Ashes: I am an observer of human behaviour and a musician. I have been around long enough to witness the effects different genres of music can have on mind and body and this is where things became really interesting for my creative endeavours. Just over a decade ago I was going to underground Jungle parties in Los Angeles and there was always something in that crowd that separated it from other parties, other styles and other raves. You start to notice the community as a collective; it has an attitude equal to the genre or maybe it’s the other way around but it was here that things began to take root for me. It was in that sound that I was able to identify with and connect too which inspired me enough to pursue production and DJing which I have been doing ever since.

Coincidentally I moved to Berlin at a time when I was uncertain with my relationship to music and the direction I was going with it. Naturally as one would I lost myself in Berlin and losing myself to Techno City I soon realised that I was surely not to come out of this the same way I came in. That part of me that thought was alive had barely begun to live. This is where the moniker Ashes comes from.

Ashes: Music that makes you shake your ass is a sonic armageddon that penetrates the very essence of what we are. Dancing like it’s the end of the world. Giving up all control and allowing oneself to simply be and submerge in that stream of chaos. Ecstatic dance can be a transformative experience.

Ashes: Nova Express was my first DJ gig. It was seeded in the burning man community of LA. This place was just like a sci-fi movie set. It even had a plush green chuthulu hanging above where the DJ’s would play. The first rave I played was at the Masterdome in southern California; a beacon for underground raves in that area.

Ashes: The Angel of Dissolution is narrative that expresses my journey from L.A. to Berlin. The song titles hold deep meaning to me, hinting at a life altering experience I had just before moving to Germany. The music was a culmination of all the sounds I had been influenced by immolating with the new sounds that inspire me today.

Ashes: I am currently living in Berlin; Techno City! I could not think of a better place to be in regards to building a foundation with music, especially electronic music. The city is saturated with DJ’s and artist alike and because it’s so competitive here, performing is so much more rewarding. Although, this for me is still not enough as I am always hungry to play.

Ashes: There are so many great producers out now. From my perspective, Techno is going through a second renaissance. Every week I have a new favourite track and usually always from a different artist. I don’t think I have enough room to write about all the artists I appreciate right now so I would say just have a listen to one of my mixes or come out to one of my gigs.

Ashes: Right now I am digging everything that comes out from Monnom Black, 47, Nachtstrom Schallplatten, Limited.G, Planet Rhythm, and Token just to name a few. I want to hear more from labels that are willing to take risks and help to push the evolution of music.

Ashes: Before the end of the year there will be a gang of remixes and one from Knowledge Recordings. Nox is in its infancy right now but you can expect it will keep growing and building a discography with new releases in the coming years. 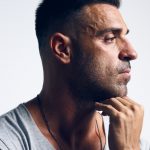 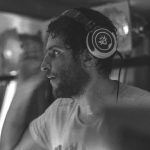