Ireland seems to be churning more top quality house and techno talent than ever these days. The latest individual to impress us is Laughing Man, a Dublin based producer with a knack for churning out mesmerizing analogue sounding techno jams.

Hi Laughing Man, we’re really impressed by the production values on the EP – can you tell us a bit about how you produced it? And how did you end up getting your music signed to Silencio?

I messaged them over Facebook to see if they were accepting demos and to my delight, they asked me to email over some tracks and it went from there. I got an email a week later saying they were interested in doing a release.

We can’t chat to you without bringing up your unusual alias. How did that one come about?

Well, I also make tracks under the name “Boondocks” with a long-time friend. I was telling him I wanted to start a new project and we were throwing a few names out there. The one that stood out the most was “Laughing Man”.

The track with Noah Skelton is a real cracker especially. Who did what in terms of the production process? Did it take long to produce?

Noah thought it would be cool to come up with an idea each for a track, then to let the other person finish it. I thought it could be cool too, so Noah came up with the idea for “Element” and I finished it. I think the track took about three days from start to finish.

How does the process differ when you’re in the studio alone compared to when you’re working with a partner?

I would have a set way to go about making a track if I was on my own. When I’m working with my partner from Boondocks I find it really easy, because we both use the same process to go about making our solo tracks. But if I were working with someone else just before starting the track, we would normally agree on how we are going to go about the track. And send the project back and forth. I always look forward to receiving the project back, as it interests me to see how other people work in Ableton compared to my own way.

What was the most difficult aspect of putting the EP together?

The most difficult part I found would have to be the structures. Both of the tracks had two full days of just working on the structure before I was happy with them.

The release is quite indebted to minimal sounds. What sort of producers do you really look up to in this domain?

I would have to say Nu Zau, Barac, Funk E, Raresh & Rhadoo would be the main ones. All big inspirations for me.

And what is it about minimal techno that really appeals to you?

I really couldn’t say. I just find everything about it to be addictive.

How did you make the record – was it using hardware or software? Do you have a preference for different types of approaches?

The tracks were made using Ableton live and a TR8. I would normally use the same process for every track. I would start with a drum rack and make a simple beat and melody then add some bass. Next, I would come up with my main percussion on the TR8 and record it into Ableton. Once I have all of the main ideas down I try to add new elements to see what works and what doesn’t.

What’s next for you in terms of releases? Will there be more Laughing Man releases to come?

There are a few more planned for this year, but that’s all I can say at the minute. I’ve been working a lot over the last few months on a stack of tracks to send off to labels, so I think ill finish off another handful and get sending!

Finally, can you give us 5 tracks that you’re playing a lot recently?

These are some of the tracks I love at the minute. The appeal for me is the great use of synths and percussion.

Laughing Man’s ‘Element’ EP is out soon on Silencio Records 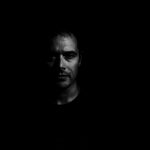