Quatri’s ‘La Mer Orientale’ is a big fave here at C-U towers so we were keen to know more about his background.

Hi Quatri, tell us about you

Quatri : I’m currently living in Paris and have been producing music for almost 6 years now but have been interested in knowing how electronic music is made, created, since I was a child. I have always asked my parents a lot of annoying questions about it, till the day I bought a copy of Fruity Loops Studio and dived into the production world.

You mentioned you’re originally from Syria, and that you lived in Syria. What’s it like living there right now? Are there any safe places in the country? Do they even have a music scene?

Quatri : Yes I am Syrian and lived a good part of my life there, and hope to come back one day. Living there was fascinating, it was truly home. With the problems (war) it got harder, and the conditions were not favourable for a comfortable life with constant stress and fear. But it’s getting really better now and that’s good news. The safe places are the big cities like Damascus, and Alep right now.

Damascus is surprisingly changing it’s traditions on music and people are starting to dig the underground sound! Spotted a lot of Tech House and House music on some Snapchat stories of friends.

A famous club there in Damascus called “Upstairs” actually booked Ziad Ghossen, the resident DJ of BO18 Beirut, a club where heavy-weighs of the Techno scene played in! Very happy for the turn of events, I think the scene should definitely be built more, because there are a lot of people who are digging this sound.

How would you describe the Quatri sound and philosophy towards your music for those who haven’t heard your stuff before?

Quatri: The Quatri sound is focused on delivering emotions. It’s based on emotive melodies, developed with the help of electronic elements and the organic structure of the atmosphere and the percussions.

I have a theory that we humans initially like everything related to nature, because our senses are set up for it, and it’s mind-blowing to explore nature with these senses. The fact of having music with natural sounds and melodies in it, hooks the listener because he indirectly connects to these natural elements and to the traditional instruments like the piano and all the string-based ones, too.

The electronic sounds (coming from Synths) and drum structure/lead elements are here to amplify the emotion, having an infinite flexibility in sound design. They can translate emotions in such a precise way. I personally love to use my type of Moogy/Stephan Bodzin type bass, but in my way, with a lot of variations in it’s pitch modulation and other tweaks, triggering emotions based on the actual mood of the synth!

To sum it up, if you haven’t listened to my music, the five words I’d use to describe it, would be : Emotive, dreamy, groovy, organic and tribally in a way.

Which artists do you feel have most inspired your sound?

Quatri: Stephan Bodzin has most definitely influenced my sound and approach on music. I started producing trance music, but not today’s trance, ‘back in the days’ trance. It was a genre, where each track was a journey to an euphoric world with very emotive melodies and blasting kick drums and basses. When I was introduced to this scene, I struggled finding the same approach on my tracks.

The first person who surprised me was Stephan Bodzin, his tracks felt like the translation of what my mind was searching for, and now it’s the approach I want to have on my music. His synth work, the chords and the leads he builds… I don’t have any words – he is just out of this world!

But also a lot of other artists really inspired my sound as well, like Tale of Us, who are also focused on this emotional way of delivering your dose of Techno music. When I mention them, I also need to name Mind Against, but also DJ Tennis, Monkey Safari, etc…

What made me turn my head to a calmer way of doing music though was Cubicolor (aka. 16 Bit Lolitas), they’re absolutely mind blowing and the quality of the sounds they create is a goal to achieve in my career. They take you to different worlds, literally. I think they’re the only artists, I haven’t disliked a single sound from – One of, if not my favorite project.

Your latest release which is described as ‘storytelling’ music. Can you share the inspiration behind it?

Quatri: This EP was crafted for over half a year – the goal was to deliver a first view, a first image of what Quatri stands for. The first track built was ‘La Mer Orientale’, which is quite an example of what my sound exactly consists of. With time, my capabilities evolved and I was able to make the second part of the story, ‘Ozora’.

‘La Mer’ is dreamy and tries to guide you to another world, it sets the atmosphere.

Then Ozora comes to the more groovy state, still keeping the emotive sides, combined with, what I like to call, ‘fucked up’ bass changes all over and introduces the oriental side of mine.

To finish off the story, we have ‘Into The Oblivion’, which puts you in a oblivious state, as the title promises. You become unaware of what is around you, you’re simply hypnotised by the sparkling notes/melodies that are here to just hit you deep down. The voices of children, as well as the chord progression are here to accompany the dazzling moments – a whole package and detailed crafting to finish up this first story if mine.

This is the image of the whole EP I had, I hope I have delivered it as I had envisioned it, through peoples ears and hearts.

Steppi from Nie Wieder Schlafen is a really big fan of your music. How did you get introduced?

Before meeting him and the Nie Wieder Schlafen family, I was at doubts of my musical journey, I had not a single connection to anyone from the scene. Nonetheless I produced a track (‘La Mer Orientale’) I was happy with and that I enjoyed myself. At the time I didn’t necessarily feel like sharing it, but decided to do so in the end. I sent it to a French label called ‘Lowless run by Steppi’s friend, Sophian. I wasn’t really invested too much in it though, I just sent the demo to their page (through Soundcloud) and totally forgot about it – getting busy with life and studies…

3 to 4 months passed, no reply, at that point I figured they checked the demo and didn’t like it. Surprisingly Sophian replied though and tells me he’s not sure it’s right for Lowless, but that he thinks it would fit another label’s style (Nie Wieder Schlafen). He put me in contact with Steppi, who loved the track, and we started chatting since then. We truly developed a big relation, we have a lot of stories together, and a lot of my tracks feel like they were just being made by both of us. A great example is Ozora, it was literally a work thought by me and Steppi.

Now here we are – Steppi and the label have changed my life, and I am very thankful for it. Wouldn’t it be for Sophian putting me in contact with him, I’d probably would have stopped producing music all together…

Steppi and I have a lot of common opinions when it comes to music, like the whole dreamy, emotional vibe. We also have good laughs overall – I can’t imagine my musical journey without him. Through our journey together, we have started to work on something new together – but let’s keep that as a secret 😉

Which other labels have you featured on previously?

Quatri: I have been on a few labels from Trance music back in the days, but they pretty much all closed. Since I have changed my own style and produce different music, I consider this EP on Nie Wieder Schlafen as my debut release.

What’s the goal from all this?

Quatri: The ultimate goal of course is to move forward, and to be consistent and true to my music. To do what feels the best, to bring joy to as many people as possible, through my music. I also wanna help build the Nie Wieder Schlafen project and contribute to it as much as possible with whatever I can do for it.

Quatri: There’s a Fayer Records EP that is in the making! This is big for me, as I am a big fan of this label and Edu Imbernon’s music. I also have another EP forthcoming on Oleeva Records! The main track is getting some ridiculous feedback at the moment – I truly can’t wait.

Otherwise, there are few remixes coming throughout the year, and few originals and collabs with artists like Z0ne+ (All Day I Dream), Ciano (Keller) and some other projects I can’t say too much right now. Thanks a bunch for having me! 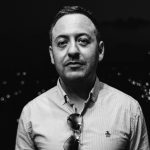 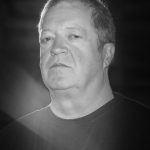