We added Ramiro Lopez to our One To Watch List back in 2014, who since then has gone on to do much bigger and better things.

Hi Ramiro, it’s good to catch up with you again. You recently launched Odd Recordings with your buddy Arjun Vagle. What’s the idea behind the name?

Ramiro Lopez: Odd is something unusual, out of the ordinary, different… The way we like to think about the label. It’s also something easy to remember.

How did you and Arjun meet?

Our first contact was by email as we like each other’s music. Then we met for the first time when I travelled to India years ago. We had a great connection since the beginning and spoke about projects together back then. But we have been waiting for the right time to launch the label. We have similar points of view and are very easy and fluid to work together.

What are your plans for the label?

Arjun and I are gonna be an important part of the Odd releases but we also wanna count on other artists and build a family with time. Andres Campo is one of them. Not only ‘cus he’s a great artist and he’s making amazing music but also ‘cus he’s a very good friend and we have lot of things in common. Steve Mulder is also gonna be on board soon. He’s also very talented. We don’t openly listen to demos at the moment but we will have music from up and coming artists for sure. It’s all about the quality of the music for us, not the name.

Your first EP released was a collab between you and Arjun back in January and supported by artists like Alan Fitzpatrick, Paul Ritch, Joseph Capriati, John Digweed and Sian. Unbelievable names for a launch. How did you guys reach all of them?

It is indeed! We know some of these artists and we introduced the first release ourselves but this is mainly thanks to our promo company.

PR agents, social networking, word of mouth, bloggers… are all part of a major label’s promotion strategy.  Do you think you can ever do enough promotion?

There’s so much music and so many labels out that we are investing on this as much as we can in promo and PR. We also recently added AdeArtwork to the Odd team. Antonio (AdeArtwork) is managing the Odd media, creating content, videos, artworks, etc. It’s very important to be surrounded by good professionals.

We were working on the label well long before January and we’re even more excited now than in the beginning! The releases are having massive support and we’re very happy about it.  We have a lot of top notch upcoming stuff signed for this year.

We hear you’re releasing an EP an Adam Beyer’s Drumcode Records in Mid-May.  Can you tell us more about it?

Just that I’m extremely happy about it! Is a big goal I’ve been working on for years. I love the label and deeply admire Adam Beyer; he’s a role model to me. “Pretending” is the name of the EP and its coming May 15th. 4 great tracks and can’t wait to for you to hear them all.

Drumcode is the biggest techno label in the world and has always been one of my favourites right from the start. Would you describe yourself as a purist now or do you still have other influences?

Techno was the style I first played in the beginnings of becoming a DJ. I like other styles too. House and the fusion between both of them is always interesting to me. I’m focused on producing techno and very into it nowadays but it’s nice to play other styles from time to time, depending of the situation.  I also dig other kinds of music. I love to listen to Jazz, Bossa Nova whenever I’m out of the studio for example.

You’ve been working with Juliet Fox recently, who’s a great vocalist. Do you have any more plans to link up again?

Juliet is a very cool girl and I love her spoken words. I asked for some vocals to work with and the results have been impressive. In fact, apart from “Twisted”, released on Odd, we have “Come Closer”, one of the tracks including in my upcoming Drumcode EP. And more will come in the future.

What’s your relationship like with the rest of techno / tech-house producers in Spain?  Is there any rivalry between you, Coyu or Edu Imbernon for example?

I have great a relationship with most of them. Many of them are becoming good friends with time and we spend great times together. I’m always looking forward to see and share experiences with them.

Seems like you’ve achieved a lot already this year haha but what are the rest of your goals for the rest of 2017?

I wanna keep working with Drumcode and I’m focused on that now. After the first tour with Odd, we are already preparing new showcases. We will be at the Off week. Our “ODDyssey” party will be 12th June in the famous city hall and more will come.

Great to catch up with you again Ramiro. 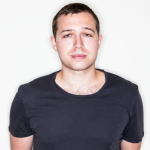 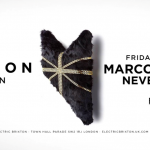